Welcome back for this week's edition of Straight No Chase, your one-stop shop source for all things hip-hop here on EARMILK. This comprehensive weekly feature aims to share hip-hop-based content we may have missed during the past week, while also highlighting memorable content we did cover. In addition to the recap of our best hip-hop posts, SNC also includes a Video of the Week, Project of the Week, and a brief list of recently released noteworthy projects and upcoming releases.

As any hip hop head worth their salt knows, these days music floods the blogosphere by the millisecond. Consequently, the landscape of hip-hop is forever changing. There are countless rappers, both established and up-and-coming, as well as renowned and budding producers and beatsmiths, dropping their fair share of dope music for the listening masses. It is our mission to mine the interweb for both audio and visual gems, delivering them straight to you for your auditory consumption. But enough with the jaw jacking: let's cut straight to the chase.

This week's delivery includes two tracks from Rich Kidd's new mixtape one of which features Thurz and will also land on his upcoming project, a new single from 21-year-old New Orleans based rapper Fresco Fay, a Young Chop produced track from Chicago's Mikky Halsted featuring Pusha T, a track from Vic Spencer's (Brainiac Society) new tape Walk Away Music and a host of other great tracks.

Without further ado, let's jump right into this past week's selection of 25 killer tracks:

Audible Doctor – I Think That… [EP]

Substantial – Home Is Where The Art Is [LP]

The top of the week saw producer Hit-Boy trying his hand at rapping again this time enlisting the help of label mate KiD CuDi for his single "Old School Caddy", as well as a posse cut produced and starring Jonwayne and a cast of talented emcees including Jeremiah Jae and Quelle Chris among others.

As the week progressed Moruf & Iman Omari released their collaborative Euphoria tape and Domo Genesis and Alchemist followed suit with the release of their joint project No Idols and Sir Michael Rocks (of The Cool Kids) dropped of his new street album Lap Of Lux.

Uncut boom bap rap track are somewhat of rarity in the age of over-produced, effect heavy rap music. However a collection of rappers and producers are steadily bringing back the good ol' lyric-driven boom bap raps of yesteryear. Enter Raz Fresco and P. Blackk. Both Raz and P. Blackk belong to the seven man hip-hop collective ΒΛΚΞΓ$CLUΒ.

Known for the grassroots, DIY style the group collectively has compiled a sizable discography (which is available for download on their site). "Buck-50", a track which as of now won't be featured on any of the club's upcoming release, recently received the visual treatment when the two artist linked of with Janay Photography in Columbus,OH. Lo Thraxx, the collective's Little Rock,AR representative makes a cameo appearance in the black-and-white vid.

Check out the video and be on the look out for ΒΛΚΞΓ$CLUΒ's upcoming releases, Contemporary Nostalgia and The Popcorn Tape and The BOLD from P. Blackk, Raz Fresco x ChillxWill, and Lo Thraxx respectively. 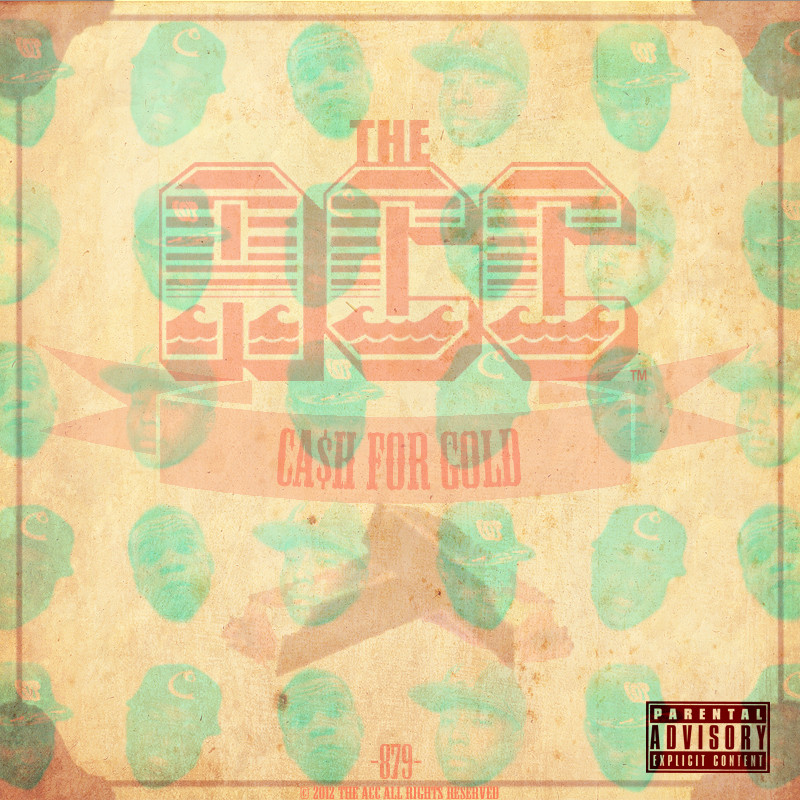 I'd be remissed if I didn't shout out the homie Ced Hughes (1/2 of YOUDONTSAY!) for putting me on to the recipients of this Week 10's project of the week honors. The ACC. Having come highly recommended by an artist's whose taste I trust I made it my business you check out the group's debut project, Ca$H for Gold. I have made a habit of never having super high expectations when checking out submitted material. Nevertheless, in the back of my mind I'm always hoping the music I check out is genuinely dope. Luckily this was one of those times were the music exceeded my normally mild expectations exponentially.

Hailing from Newport,VA, the four man hip-hop collective consisting of members CalRipkin, Mahlee, KevLo, and $tef have made quite the splash on to the hip-hop scene with their debut mixtape release. Intent on doing their part to revive the infectious combination of dope production and credible lyricism that defined the Golden Age of hip-hop, the crew offers a versatile mix of everything a hip-hop connoisseur craves.

Drawing on a mixed bag of musical influences samples of music from Alicia Keys ("Shine") and Daft Punk ("Hold Me Down") a nice balance of certified bangers and smooth melody-driven cuts can be found on Ca$h For Gold. The tape features guest appearances from vocalists A. Nicole and D. Simmons and rapper Ced Hughes. Expect to hear more from this talented quartet in the near future. For next grab a free download of their fifteen track mixtape, Ca$h For Gold via their Bandcamp page.

"And we all had a dream a plan to get rich & came up with the same scheme, A bunch of All-stars ended up on the same team." – The ACC

The Pharcyde – "Ya Mama"

While even the most casual hip-hop listener may be familiar with The Pharcyde classic J-Swift produced single "Passing Me By", I'd bet a month's pay only a handful of  listeners could name the track that precede the South Central crew's ode to unrequited love.

Despite being the lead single of the group's debut album Bizarre Ride II (1992), history has witnessed "Ya Mama" fade away into obscurity while the group's second single "Passing Me By" has landed on countless best lists, including reaching number 41 on Pitchfork's Top 200 Tracks of the 90s list, and helping Bizarre Ride II reach gold in 1996.

Regardless of its second class status in relation to the group's most popular record, "Ya Mama" embodied The Pharcyde's playful and lighthearted approach to hip-hop which at the time stood in stark contrast to the burgeoning West Coast gangsta rap that was taking over airwaves in the early 90s. It goes without saying that Bizzare Ride II was an influential album that acted as a springboard for future forward-thinking acts like Outkast and more recently fellow Cali natives Overdoz. 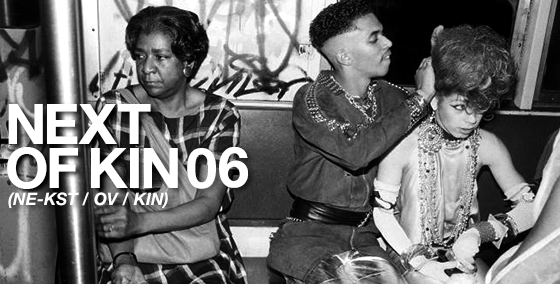