What more could you ask for to ring in Canada Day last weekend in Toronto than with over 90 DJs including a world class lineup that included Kaskade, Afrojack, Richie Hawtin, Steve Lawler, Dubfire, Alesso, Duck Sauce, Major Lazer, and many more. On June 30th and July 1st, the biggest electronic music festival ever took place in Canada's music capital, and Earmilk was there to take it all in. What was hailed as a massive success for dance music in Toronto will go down as one of the most enjoyable festivals in North America this summer. With over 25,000 people in attendance, Live Nation exceeded all expectations and the weekend went off without a hitch – even Afrojack's travel delays on the first day only heightened excitement for the following day, and the organizers were generous enough to provide Saturday single day ticket holders a free entry to Sunday's festivities to catch the dutch house master.

We began the weekend with an opening set from Toronto's own Torro Torro, who threw down just as we expected. I would have preferred them taking Jelo or even BT's time slot a bit later in the afternoon, but the duo made the most of the situation and got those that came early up on their feet and dancing. It was obvious that these guys know how to get a party started, with fans in attendance already with their hands up in the air at just 1pm. By the end of their set, a substantial audience had gathered and were jamming out to the musical stylings of one of Toronto's hottest names right now. If you haven't heard their recent releases, I highly suggest visiting Beatport to add some fire to your arsenal with tracks like their "Go Deep" and "Datsun Tropicalia" remixes.

After Jelo threw down his signature heavy electro and BT followed with some progressive house, A-Trak took to the main stage for his first performance of the day. While the crowd was still filing in, the Montreal born turntablist mixed up a plethora of new tunes and old gems, proving himself as one of the premier party starters on the planet. There's no doubt that he's made a bigger splash in the mainstream with his Duck Sauce project with Armand Van Helden, but any true follower of A-Trak would have thoroughly enjoyed the set he threw down that afternoon at Digital Dreams. Saying that however, his Duck Sauce closing set that evening was probably the most fun I had at the main stage the entire weekend. With Afrojack's travel delays causing him to and the promotors to shift his set to Sunday, Duck Sauce came on in the headline slot and taught us a lesson in disco, keeping an impeccablefun. The fluidity of their set was the most impressive aspect, keeping the "Barbra Streisand" vibe the entire time.

The fun in the sun soon shifted to the Echo Beach stage, which, thankfully, had been set aside strictly for deep house, tech house, and techno, all in the sand with Toronto's beautiful skyline in the background. If you didn't spend some quality time on the beach, chances are you missed out. While two thirds or more stayed at the main stage for the likes of Chuckie and R3hab, the real party for us was happening on the beach. Guy Gerber played a solid techno set that set the mood perfectly for one of the highlights of my weekend, Boris. With countless unreleased tracks throughout his set, the entire journey that transitioned us from the deep techno sounds of Guy Gerber all the way through to the tech house bounce of Boris that blew me away and made the perfect prelude to the one and only Steve Lawler.

Having seen Richie Hawtin earlier this summer at EDC New York (albeit thoroughly enjoying it – one of my favourite sets of the weekend, behind only Carl Cox), I was more excited for Steve Lawler than anyone on Day 1 of Digital Dreams. With an ideal sunset time slot preceeding arguably the biggest techno DJ ever in Richie, Steve threw down some of the best unreleased bombs I've heard. Its too bad these guys don't put their setlists online often because I'd love to see the amount of ID-ID tracks that fill his crates. After a pulsating hour and a half, Mr. Hawtin joined Lawler on stage for a few laughs before the Brit handed the decks off to Windsor born and Detroit legend Richie Hawtin. You couldn't pick a better way to end Day 1 at Digital Dreams. I think everyone would agree that the first day only made you that much more excited for Sunday.

Day 2 of Digital Dreams began for us with the Toronto duo thats become a world wide sensation, Art Department. With the afternoon crowd fully in tact and not caring one bit what happened in the Euro Cup final which was on at the time, Kenny Glasgow and Jonny White crafted a deep house set with basslines that shook the sand on which we danced. The perfect music to get us warmed up, the deep space-like ambience was encapsulating. Not worrying about playing out all of their own hits, Art Department put on a show that made you happy you stuck around the beach that afternoon. While another Toronto duo Autoerotique dropped their electro bombs on the main stage, Echo Beach was all about grooving out to the deep vibes set forth from my new favourites, Art Department.

Next up was Chus & Ceballos, a pairing that I really didn't know much about, but trusting in the Live Nation organizers who so far had put together an absolutely perfect array of deep and tech house DJs, I stuck around and skipped Afrojack (saw him at EDC New York – it was fun, but there's only so much Afrojack I want to listen to). Getting the crowds hands up in the air proved no problem for the Spaniards, dropping tech house bangers throughout their set. Certainly one of the highlights of my weekend, Chus & Ceballos are two DJs I look forward to seeing in the future.

I came in looking forward to Mark Knight more than anyone, as his brand of tech house really works well with a big crowd. With tracks like "Alright" and his Florence & The Machine remix in his repertoire, you knew his set was going to some of the most fun of the weekend on the Echo Beach stage. The way Mark dragged out some of the builds intensified the drops tenfold, and thats what makes a good dj, great. Being able to manipulate the tracks at your disposal into a journey that takes the listener for a ride, and in the case of Mark Knight, head first into an onslaught of unreleased tech house gems that I wish I was able to ID more of.

Perfectly scheduled to come on after Mark Knight was Nic Fanciulli, a familiar name to The Club followers here on Earmilk, and an ideal following to the tech house wizardry that was Mark Knight. Taking to the decks for the sunset slot, Nic delivered in a big way, dropping bangers that got the crowd bouncing all over the place. While many were waiting in anticipation for the closing set of Dubfire & Carlo Lio, myself and thousands of others were thoroughly enjoying the tech of Nic Fanciulli and his massive tracks like

Meanwhile on the main stage, Major Lazer was pumping out this vibe that made you forget about DJing for a minute and just have some fun. You didn’t find much smooth mixing with flawless transitions; these guys are too focused on throwing an epic dance party to really care. Over the course of their set, the tempo climbed and dipped and jumped, from reggae, electro infused dancehall, to dubstep, hip hop, moombahton, to electro house, and ending it off with some drumstep, drum and bass and some more reggae. Everyone of course was jamming out at full force to their signature style of music like ‘Original Don’ and Partysquad’s ‘Lighterman’, but all of a sudden the beat would abruptly come to a halt, and Flux Pavillion’s ‘I cant stop’ would fire the crowd up. As the energy began to rise, they brought out some moombahton like Grand Thefts ‘Rack City’ Remix, and then things started to get really silly when ‘Express Yourself’ came on and a multitude of girls were invited on stage to dance along, where they tried expressing themselves (check Diplo's twitter if you’re confused). It was a wonderful concoction of music, a grab bag of such variety that made sure that you wanted to jump up and down the entire time.

Sci-Tec taking over the Echo Beach stage Sunday night was the perfect way to finish off a truly spectacular weekend of dance music. Label head Dubfire teaming up with Toronto native Carlo Lio is a match made in heaven. With Dubfire's emmersive techno and Carlo Lio's upbeat tech house gems, the duo crafted a journey that was something to behold. Dubfire has made a name for himself as one of the premier DJs in the world, previously as half of the Deep Dish duo with Sharam, and a collaboration with Carlo Lio seems to be the perfect fit to his techno ways. With Kaskade's performance scheduled after their set had finished, the crowd was making the most of the finale as they danced into the night on the beach.

Kaskade, who is currently on his Freaks Of Nature tour selling out stadiums across North America, brought his live show to close out Digital Dreams, and boy did it live up to all the hype. The California native dropped a plethora of mashups, bootlegs, and edits that kept the crowd guessing. The build for any particular song was guaranteed to drop into a completely different track, as he through down his standard set full of surprises. Although I wish he played more original tunes of his own, you can't argue that the crowd wasn't enjoying it, going wild for everything he threw at them. Closing off the weekend with his collab with Deadmau5 "I Remember", you could not have asked for a better finish to an absolutely amazing weekend of dance music, and as the fireworks went off from behind the stage and the crowd slowly filed out, it was obvious that Digital Dreams was a complete success. With over 25,000 people over the weekend, next year will only be bigger and better and I, for one, cannot wait. 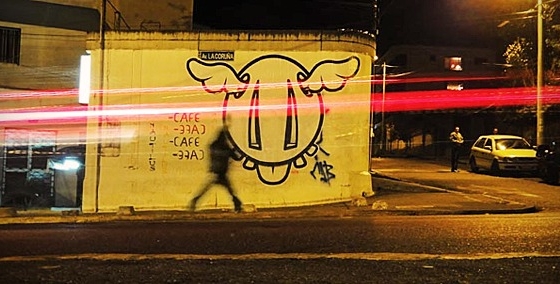 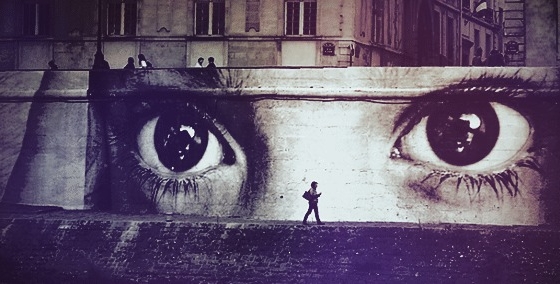 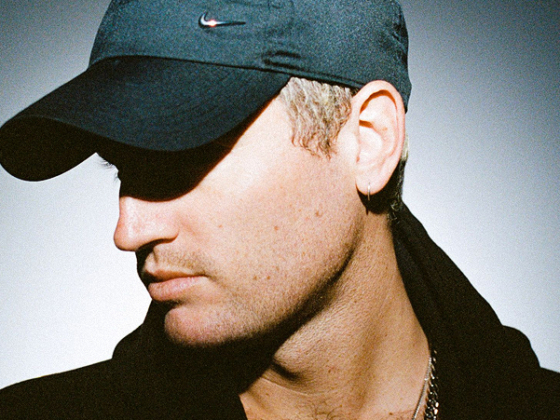 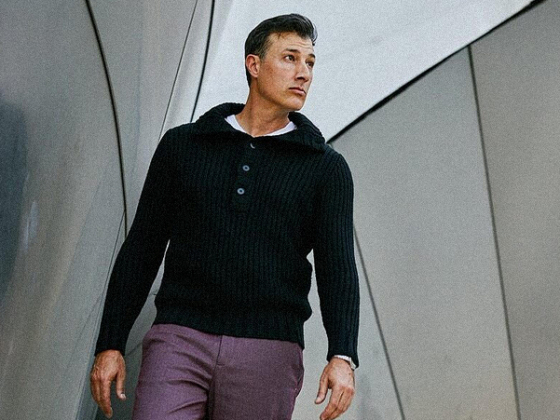