Funk-Master Flex once again got his hands on another major exculsive. As the Def Jam executiveDJ Khaled breaks out his remarkable contact list again for the newly premiered track "I Wish You Would," this time luring Kanye West and Rick Ross to drop some highly expressive lyrics over a beat produced by Hit-Boy.

This sounds like it's almost a unofficial slower sequel to “Go Hard” (Kanye is still Auto-Tuned up) which is something that's good to hear. You best to believe this definitely going to catch a lot of ears this summer as Khaled readies his next album. Look out for that Kiss The Ring album to drop August 21st (via We the Best/Cash Money). Check It Out And Enjoy! 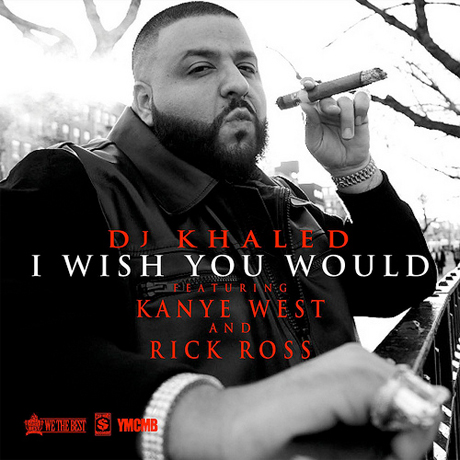