South Florida native Hi-Rez recently delivered his latest project The Window, which is the 18-year-old rapper's fourth and what many are hailing as his most complete and lyrically dense mixtape to date. The fifteen track tape features production from a handful of producers such as Zero Gravity, Gm3 and Joel Johnston, who handled the bulk of the production duties on the project.
--Undefined-Ft-Cyn-(Prod-By-Gm3)-(DatPiff-Exclusive)--EM0512
Download: Hi-Rez - Undefined Ft. Cyn (Prod. By Gm3)
One of the tape's two guest appearances comes from fellow Florida native QuEST who along with Hi-Rez offers up some lyrical discourse on the subjects of former lovers and failed relationships on "X-Problems." Hi-Rez spits some of his heaviest bars on "Narrow Minded Critics", which features a nice flip of Active Child's "Holding On." Preview three songs off of Hi-Rez's DatPiff sponsored tape The Window and follow the link to stream/download the tape in its entirety.
--Narrow-Minded-Critics-(Prod-By-Joel-Johnston)-(DatPiff-Exclusive)--EM0512
Download: Hi-Rez - Narrow Minded Critics (Prod. By Joel Johnston)

Preview three songs off of Hi-Rez's DatPiff sponsored mixtape and follow the link to stream/download the tape in its entirety. 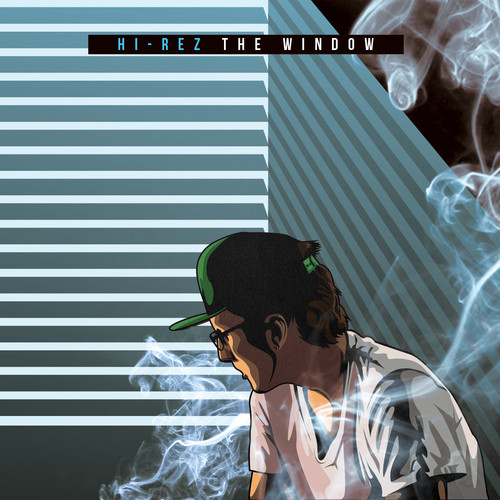 your tripping i"m feeling this more then his last mixtape or album hes showing good progression so suck it marc take your hate to the exit gate FAH!!!