Chicago representatives L.E.P. Bogus Boys linked up with production duo and fellow Windy City natives The Hood Internet in conjunction with TEHO Media to present a remix EP containing several reworked songs featured on the Bogus Boy's last mixtape Now or Neva. For the EP, The Hood Internet enlisted the help of Keepaway, The Big Pink, Magichour, Burial, Bibio, and Poliça. The project is a mixed bag of sorts pairing the gritty Chicago rap duo with the indie rock/hip hop mash up experts The Hood Internet. After several thorough listens, I think the end result is pretty dope. However, don't simply take my word for it. Check out two tracks off the EP below and stream the entire project via The Hood Internet's Soundcloud page and/or follow the link below to download the EP in its entirety. 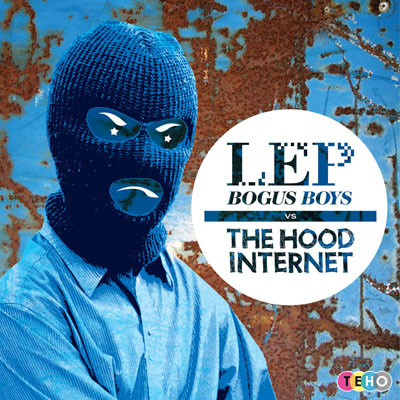