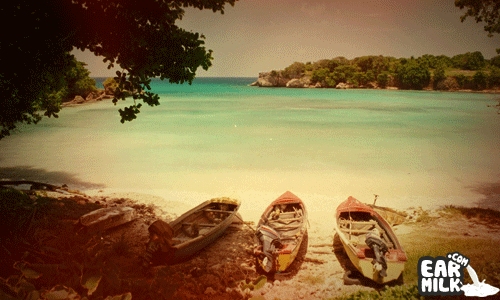 Clinton Fearon is an unsung reggae singer. He spent most of his career with The Gladiators and then went solo. He stripped down reggae to its roots, recording songs of praise and positivity with just his soulful voice and his guitar. Strangely, he never really gained too much popularity. Now in his early sixties, the Kingston Jamaica native divides his time between Seattle and France. His music is very difficult to find. He plays some small venues in Seattle and France and you can buy old albums off his website but the main page doesn't even acknowledge that he has a new album out. Nonetheless, he has updated his Soundcloud page with a few tracks off his new album entitled Heart and Soul. These tracks were originally written by Clinton for The Gladiators. He has recorded these old songs in his minimalist acoustic style - uplifting and raw. I wish Clinton was more accessible but then again maybe that's not important. It's apparent that Clinton plays music for the love of music and the most-high. Consider yourself lucky if you are able to stumble across a song or two from the reggae mystery man Clinton Fearon.