Last week, New York hypnotic experimentalists Young Magic released an album stream of Melt through Hype Machine. If you missed it, the stream is still available before their official launch, which is February 14th via Carpark Records. The trio has been teasing us with single tracks ever since 2010. Needless to say, the full compilation of Melt was very much anticipated. Young Magic is a group empowered by the passion of traveling and creating geographic trances. The odysseys in Melt are expressed through evocative melodies, chants, and raps, all in a cohesive genre blend of diverse textures.

On February 9th, Michael Italia, one third of Young Magic met with EARMILK to establish a personal relationship with us. He showed up with a black notebook, The Yage Letters and a nokia phone. While the world was occupied with their noon activities, Michael and I sat inside the warmth of The Cakeshop. This is where he talked about Young Magic, influences, technology and what fascinates him. Take a read below and don't forget to preorder Melt.

EARMILK: Can you tell us about yourself and the band?

Michael Italia: As the band? The first time we moved here from Australia it was Issac and I, in August of last year. Melati has been here for about 5 years or so. Isaac and I met Melati here, in New York actually. It was on a New York visit, a few years ago. A friend of ours was staying at Melati's house so we went over one night, to hang out and we met her. We all got along very well. I think we just sat around, listened to a lot of music,talking about music, and playing music. It wasn't until a year later that Melati came over to Australia,then her and Isaac started writing music together. That's kind of how it all started, in a flat in Melbourne. Then, she came back to New York while Isaac and I went on separate journeys. Isaac went to Europe for a while and I came to New York first, then Europe and ended up somehow in South America for a few months. I think it was about 5 months that we were all separated and we all did writing and recording music when we traveled. At that time, I didn't even know Young Magic was even on the radar. When I went back to New York, met up with Isaac and Melati, we just sat around and showed each other all the sounds we've been creating and put it together. Then, we started putting vocals down, instrumentals and vise versa. It was a very organic meshing of all three of our sounds that we've been creating together. We've never even thought about how we would create a cohesive album or anything like that, but it kind of came together. All of a sudden, it was like "oh there's enough here for an album!" so that's how it started.

EM: There is not one person that does all the writing but all three of you?

MI: Yes, it's very much a collaborative thing.

EM: What kind of music do you add to the group?

MI: I guess a lot of the album was written when Isaac and I were traveling in South America and Europe, separately. I think a lot of the influences, without even realizing was just the environment at the time. It kind of seeps into the music you're making. For example, some of the stuff I wrote in Brazil on a sunny, beautiful beach compared to the winter in New York is a very stark contrast. I actually didn't realize that until later on. The environment that you're in has much impact on the sounds that come out naturally.

EM: Which ones on the album would you say have a brighter feel?

MI: I would have to say "Jam Karet". That one initially started in Brazil, in the summer. Well, I don't even know what a brighter feel means. Some people have listened to our songs and go, "wow that's such a beautiful, lovely, uplifting song" yet to us, it's more. Not a dark, heavy song but it doesn't have that kind of emotions for us. I guess that's the beautiful thing with art, there are always different interpretations.

EM: It seems like you guys are also very into the visuals of your music, with your music videos and cover art. What kind of image do you think your music portrays?

MI: I guess that would be up to the individual. For me, I see so many different places and faces. All the people I have met and all the places I was in when the album was coming together. I can hear that through all the per-cussed elements that we have in the record.  It reminds me of traveling, exploring and seeing so many parts of the world that I have never seen before.

EM: Do you have a favorite memory?

MI: There's way too many to recall. The whole thing was such a beautiful, humbling experience. It was amazing.

EM: With this album release, are you guys staying in New York or do you plan to keep traveling?

MI: At the moment, we're in New York and there are plans to tour after the release. To be honest, I am in a very good space here in New York. Writing and creating the moment is a good time, especially after being on tour for a month. It's nice to come back and have your own space to create in. We love to create on the road but having your own studio is a different experience and I'm really enjoying it. At the same time, I can't wait to be on the road again.

EM: Is there a place you have not gone to but have always wanted to see?

MI: So many, but India is one of them. It's always been up on my list but I've never gone yet. I think when the opportunity is there, I'll definitely be taking it.

EM: That sounds like a spiritual journey. You guys do DJ sets, tell me about them and what songs you would play on a playlist?

MI: You're asking a lot of tough questions. Well, we actually just did one last week, altogether. We kind of jump up and do a 20 to 30 minutes each. It's cool because I guess, we all have similar tastes. Playing a DJ set, it goes on a journey where I'll take it somewhere, Isaac will take it slightly somewhere else and Melati somewhere also. I like that. The songs I play would just vary. It depends on what songs I've been listening to, what venue we're playing at, just the vibe and energy of our surroundings.

An off topic discussion on iPhones and Nokias (Michael's current phone) took place.

MI: I'm actually thinking of getting rid of it (phones), altogether. This is kind of my romanticized, idealistic view that I'd love to write letters to people. I know that would not work and I would probably lose a lot of friends. When I was traveling, I didn't have a phone and I really enjoyed it. I guess because when you met someone and made a plan to meet them at a particular time, there is no backing out. That's the plan and you stick to it. I find that everything happens more naturally and organically without that "oh last minute, I have to back out because I have to do this and that". I guess that's a whole different beast when you're traveling and on the road. You don't need a phone and that adds to the experience of you being completely free. Not being tied down to emails or things you need to respond to or phone calls and messages. You're just kind of flowing but I don't think that will work in New York.

EM: I see that you're reading right now. A book from William S Burroughs?

MI: Yeah, I just picked it up and started reading this. It's about letters they're writing to one another, when Burroughs was making his trip to the Amazon. It's sort of interesting because I was just there. Reading all these letters are very nostalgic.

EM: Going back to music, where do you get your hip hop influence from?

MI: I guess collectively, we're all very inspired by the sounds from the West coast,especially the Brainfeeder label. We're inspired by the textures, sounds and the general feel coming from there. Brainfeeder is a label from LA, run by Flying Lotus.

EM: When I listen to your music, there is definitely a nostalgic feel. This question doesn't relate to your band but growing up, what was your favorite magic trick?

EM: If you want, tell us how Young Magic got its name first?

MI: Young Magic is the name Isaac came up with. I'm not even entirely sure. Definitely not about magic, in the traditional sense. I think it was loosely tied around a summer, a few years ago. This was back in Australia and it was a beautiful time with our friends. But favorite magic trick? You just made me realize, I don't know any magic tricks. I'm sorry but maybe the universe and human beings. 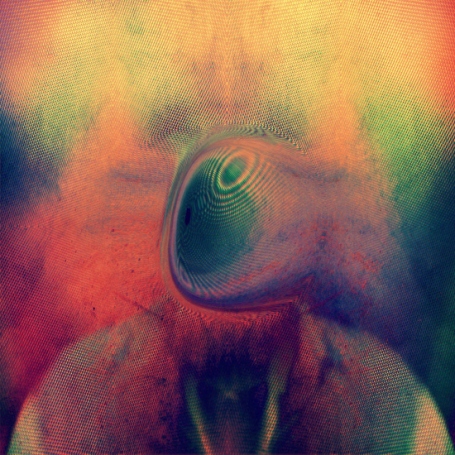