Night Rumours – It's what keeps you up at night. From the basement to the bright lights – you're here today because you love dance music and want a little more wamp. Hitting Electro, EDM, Techno and back — every week, Amperror (aka electblake) will bring you the next wave of floor burners. It's not a sundae, it's a massacre.

I took a step back this week, becuase ontop of wanting to hit the gym more & stop smoking & see my family more this year, I want to re-target where my musical tastes lie – which has been the entire purpose of #NR (believe it or not). This week I took a look at techno / tech house, and yes – the focus is on sonics not on release date.

There are definitely some tracks here that the gregarious hords of clubland won't lift up like a stepp'n stage diver. Take for instance the deep groove of Maetrik and greek judicator Axel Karakasis. Both generate a gloomy minimal sound that I personally love, and I want to explore. Both riff on the core techno paradigm, which I hope we can be appreciated here – but to be honest I really looking for something a little more.. accessible? Which (to me) is at least in part being less minimal.

Take for instance, one of my favourite tracks this week – "Party Time" by JELO. At it's core, the march has a classic riddim but with touches of high end snaps, and some traditional sweeping, I believe a part of it can play to a much wider audience – specifically the one thats just arriving in the scene in these past couple of years, maybe heh.

Because, although so many of us will gripe about the latest blitz of college fist pumpers – they are new fans, and it would be great to save some of them when this mosh dust settles. Dare I say we can re-educate them in a way that doesn't involve "bro" or "core" and hopefully they'll find themselves in a scene that sees past the banger pit, and hopefully back to the decks.

Anyway, that's my diatribe for the week – take it as you will, it's where I find my humble opinion lying these days.

oh – on a completely different note (and probably more to the point), be sure to listen to BETABLOCK3R's "Alive", which sources say is completely original. I know I'll be following their upcoming releases with held breath and captivation. 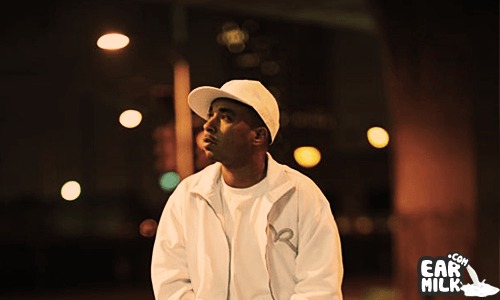