The weekend has landed and all that matters now is clubs, drugs, pubs and parties. You've got 48 hours off the 9-5, it's time to unbutton your hustle and breathe vigor back into life. Whether it be through losing your soul on the dance floor or grooving to it, we have your soundtrack covered. The EARMILK Weekend Selector, an exclusive guest mix series where we invite the latest budding talent from behind the booth to usher you through all the boozie and jam. From your morning bedside to tonight's evening social, your weekend selector is here to fill a void in good taste and allow fresh connections to flow vicariously.

The man at the helm of this week's selector series has been one of the most consistent producers in techno over the past few years. His solo work as well as his collaborations with frequent studio partner Zhao and as one half of Clouded Vision have found their way into numerous posts over at Earmilk as well as our year end top 100 compilation.  Alongside his original works, Matt has helmed remixes for the likes of Jori Hulkkonen, Popof and Murphy Jax. The mix comes to us as Walsh gears up for his fifth year as a resident at Bugged Out Weekender.  The festival takes place January 20-22 and features a who's who from all our favorite scenes.  From an Inner City reunion show to Joy O to Ivan Smagghe to 2ManyDJs there's something for everyone.  For a full line up and ticket information click HERE.

Read on for our interview with Matt and a tracklist for the mix.

A bubbling melting pot of brooding techno, some highlights in the mix include Philipp Gorbachev's "In The Delta", Walsh and Zhao's remix for Monoblok & PussySelektor and "Black Mountie" off the forthcoming Jokers Of The Scene JOT5 EP. For those of us in North America who don't get a chance to see Matt Walsh play out often if at all the mix is a testament to the fact that DJ's with the taste to become renowned selectors translate into producers with an ear for quality. For those of you not familiar with Matt's previous work be sure to head over to his Soundcloud page HERE for a brush up.

EARMILK: Festivals are one of the few times an oft touring DJ gets to see his peers. Are there any other artists you're looking forward to catching? An Inner City live show would be worth the price of admission for us.

Matt Walsh: Me too, Ill be there for that…. There are a lot of acts playing that I’ve never seen and will try to catch as much as I can. Numbers has been a fantastic label over the last year so I will definitely check out some of their stage. Andrew Weatherall, Ivan (Smagghe) and James Holden are all huge inspirations for me so I will do my best to see them all as well.

EM: Any Matt Walsh releases that are forthcoming that you're really excited about? You and Zhao can't miss lately.

MW: Thanks. Yes I have finished an EP with Hadrien (Zhao) that will be released on Kill The DJ in April that I am really happy with. We are working on more tracks now, but with him in sunny Nice and me in London, it takes quite a bit of time to finish anything. I also have a Clouded Vision EP finished with Steve that will be released on New York's "Throne of Blood", another label that I am a big fan of. There will be some “Matt Walsh” solo remixes later in the year too….

EM: You have a label, Clouded Vision… The Sishi Rosch release got a ton of play and the Bozzwell release sounds really promising.  Anyone else in the pipeline?

MW: The Bozzwell EP came out last week digitally with a vinyl to follow soon and has had some great support already. When he sent me the track I thought it characterised what I intend with the label completely, so it was perfect for CV. The next release is in the mix I have done for you, by a great Irish artist called Bubba. I have been playing his tracks for ages and asked him if he had anything suitable. He replied instantly and sent me this one and another bomb called “Wanna Dance, Get Up”.

After that I already have 3 more releases lined up from Remain, Semtek and a girl called Morgan Hammer,  all of which I am working on remixes now. It's a really exciting time for me as a DJ, as I always have my exclusives to play out and there will be plenty more to come.

EM: Thanks a lot for doing this mix for us, how does it compare to what one might hear in your DJ sets?

MW: I think it's very typical of a peak time set from me. It’s a collection of some of my most played records from last year and beyond, mixed with some new exclusives. When I play for Bugged I record it and share it online a lot and being the resident means it's often a long set from the beginning of the night, starting very slow, or a deeper one late at the end. 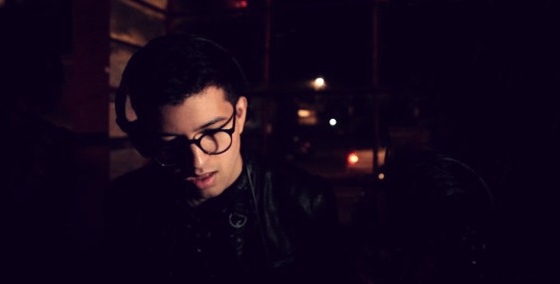