The year is coming to a close, and in less than a week 2011 will be no more than a memory. As we set our resolutions and prepare for the next chapter in our lives, many of us will be reflecting on the past year and the events that defined it – both for ourselves and society. For Earmilk, every year is defined by the music it brings to the table. We live and breath music over here, celebrating it to the highest extent as well as scrutinizing it to the finest detail. The beautiful thing about music is that unlike memories, music will never fade away. It has been a fundamental part of our world for ages now, and will be until the end of time. To cap the year off, Earmilk has put together a list of our top albums in Hip-Hop, Electronic and Indie music. Each list was put together by a collective group of our writers in their respective genres who worked feverishly to create a set of albums that we consider the best of 2011 – not necessarily the most popular albums, nor the most successful albums, but the albums that we as experts found iconic for the artist, the genre, or our readership. We recognize that you may feel one way or another about this list, an album within it, or an album left out – so we encourage you to leave feedback in the comments below and rave about how disappointed you are that Justin Bieber’s new album isn’t #1 on the list.

As we head into the next chapter of our history one thing is certain: 2011 held some very fucked up and yet interesting moments. A classic prelude to the assumed "apocalypse," we celebrated the demise of oppressive Middle Eastern leaders and terrorists, watched politicians around the world reach unfathomably new lows and, probably most relevant to a lot of you reading, genuinely spoke out against a botched system founded in greed and class. But, where does hip-hop fit in all of this? Well, from the sound of things, the hustle that was always there remains. In fact the hustle has only grown stronger. While some of hip-hop's most established auteurs dropped notable releases, i.e. Watch The Throne, TM:103, Take Care, etc., all eyes have been on the innovation and industriousness of its tech-savvy younger generation. Crews and emcee's alike , including but not limited to A$AP, Odd Future, Dom Kennedy, Kendrick Lamar, Blu and BIG K.R.I.T, have all built some notoriety, partially off the precipice that the decrepit excrement of the industry continues to grow sicker to its kryptonite, the internet.

I mean, really? It's just too easy to say "hip-hop isn't the same anymore" despondently. Of course it isn't, but like every life cycle it changes and evolves. In this case, the D.I.Y de-evolution of hip-hop patrons over the last few years has had a few results: broader miscegenation with various genres like electro-funk and IDM resulting in L.A.'s rising beat community and genre half-life "chill-wave". Most importantly, it's widened up for a closer knit community of open-minded independents that would rather work to build each other up than wait for the next big cosign. In other words, things have been coming back around in a beautiful way. In 2011, hip-hop's perseverance shined at a time where it couldn't look more at odds with what was happening on Wall Street and Oakland, but if you think we just passively put your Drake's and Wayne's on the list due to their huge releases, think again. You wont find those kind of artists on our lists. We built it from those rising, blue collar emcees, that were working at their craft before the marches and "Occupy ___" signs. Those that understand and even stand behind the cause, but didn't let it halt their goal, moving like nothing ever changed. What little braggadocio ensues is nothing more than motivation and constant innovation begets inspiration and thus further innovation. Without further ado…we present to you Earmilk's top hip-hop albums/mixtapes of the year. Before Top Dawg Entertainment affiliate and Black Hippy Schoolboy Q released Setbacks, only a handful of people had heard and were paying attention to the emcee. But with his robust flow, clever wordplay and ill beat selection, the west coast representer turned this aptly titled debut about grinding in L.A. into a critically acclaimed head nodder. The album landed at 100 on the Billboard 200, selling 787 units in it's first week, growing his fan base, and leaving them salivating for Habits and Contradictions set for release sometime in 2012. — Jahn P 
XV, who reps Wichita, always comes strong with his releases. But when he released Zero Heroes, it became immediately evident that it was his best release to date and it also showed that he was a force to mess with. It's not always the case but when you see artists contribute to the album such as: J. Cole, Just Blaze, Kendrick Lamar, Donnis and even Patrick Stump from Fall Out Boy, you know you have an rapper who is a favorite of your favorite artist. This mixtape features so many singles or potential singles such as "That's Just Me", "Wichita", and "Awesome"; it becomes very hard to pick the best standout track. As for his sound; he has an impressive ability to mix a bit of pop with hip-hop and usually always keeping the overall feel uplifting even if he's rapping about something a bit deeper. — Montrey 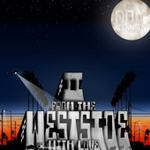 18
Dom Kennedy
From the Westside, With Love II
The OpM Company; 2011


The prequel to this album became a topic of discussion in 2010, stirring controversy as to how such a classic album could be so underrated. Ironically, From The Westside With Love II wasn't very different from the first. Piled on with backyard BBQ jams and beats perfectly crafted for that sunny afternoon in the whip with the top back, Dom's album remained quintessentially west coast, more specifically, Leimert Park. Although swagger is definitely a vital organ in the body of his work, his talk-rap drawl shouldn't be over-looked. Dom's ever growing local legendary has garnered him the respect of some of the most sought after emcee's across the nation. — Jahn P 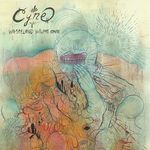 CYNE is a group that we've always supported here on EARMILK and, thus far, all of their releases have been worthy of major exposure. They have been keeping the underground conscious hip-hop sound relevant for as long as they've been making music. Now, if you are a fan of CYNE, their newest release, Wasteland Vol. 1: Killmore, may catch you a bit off guard. It's unlike any other releases they've put out, yet it may be their most innovative and envelope-pushing release to date. The album contains just enough lyricism to not be considered a "beat tape" and it's mostly an instrumental excursion that takes you to all types of emotional places. I probably shouldn't have even made any type of "beat tape" comment just because that's actually a little degrading for such a project as this. This album is what you would get if  Pink Floyd, DJ Shadow, Led Zeppelin & Exile had a digital baby.  The album tells the story of "Laserteeth Killmore" and it really feels as though you are on a journey. Like their name implies, they are Cultivating Your New Experience. Classic. — Montrey 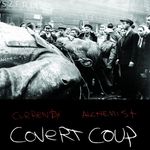 
With three absurdly impressive albums released this year, we chose Curren$y's Alchemists' blessed Covert Coup EP because – quite frankly – it was a match made in heaven. Alc's bending pseudo-psych-funk loops teamed with Spitta's slithering stoned strings of thought made for one of the most interesting hip-hop listens of the spring. So hip-hop, in fact, that out of the 10 tracks, none included hooks. Never seeking a means to an end, always seeing the industry as a hustle (as stated in the intro of Verde Terrace), Curren$y is open to the idea of experimentation and has shown on more than one occasion the acclimation of his lyricism. — Jahn P 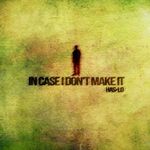 Philadelphia-born emcee and producer Has-Lo comes via the fine folks at Mello Music Group. His production is as deep and colorful as his lyrics. Take, for example, his track "Years Later": "My jeans used to be tight before Kanye, now it's called 'retro chic,' it's all the rage.  Skinny jeans are in with the teens. While he's getting girls, now I was getting teased."  For any kid growing up in the mid-80's-to-early-90's, this album is for you. For most, In Case I Don't Make It could define a career. Lucky for us, it's just the start for Has-Lo. Make sure to pick up the original release before you grab the remix album.  It's better that way. — Steve Martin (Kpfk My Side of The City) 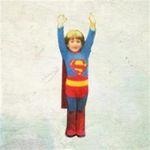 I first heard Jehst back in 2005 on a Low Life record comp via a care package sent to me by Chester Copperpot. After focusing on production for the last few years, The Dragon of an Ordinary Family is a "welcome home" of sorts for the British-born wordsmith. I'm not going to waste time convincing you why this album is worthy of best-of honors. Plain and simple: this album is classic boom, baps and raps for a generation of hardcore hip hop fans raised on a steady dose of Illmatic-type raps. Grab your backpack and your best set of headphones. — Steve Martin (Kpfk My Side of The City) 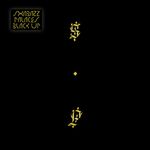 Shabazz Palaces is led by Ishmael Butler, formerly Butterfly of Digable Planets–possibly my favorite hip hop group of all time, and that's saying something considering they only really cut two albums. Led by Ish with multi-instrumentalist Tendai Maraire on back-up, the Palaces pair teamed up to create what is tantamount to a modern Sun Ra-inspired opus.  I would be doing this album a disservice if I called it just "hip hop;" it's much more than the traditional beats and rhymes. With that in mind, the album is rewarding as much as it is challenging.  It's hard not to imagine this as a DP's release–the album that could have been if the group had stayed together. — Steve Martin (Kpfk My Side of The City)
03-shabazz_palaces-are_you_can_you_were_you_(felt)
Download: Shabazz Palaces – Are You Can You Were You (Felt)
07-shabazz_palaces-recollections_of_the_wrath
Download: Shabazz Palaces – Recollections of the Wrath 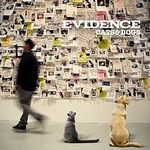 Formerly 1/3 of the marvelous Dilated Peoples, Evidence released his album Cats & Dogs on the infamous Rhymesayers label. A sequel to his Weatherman LP, Evidence keeps things real per usual, expressing what's happened in the four-year gap between now and then. His familiar and yet fresh word-play over production from old friends like Dj Premier, Alchemist and Babu proves that the vet, in spite of a long hiatus, hasn't lost touch. — Jahn P 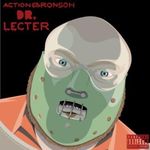 If you heard him before you saw him, you might have thought he was Ghostface Killah, but that doesn't phase the former gourmet chef. In fact, it doesn't phase him at all;

Yeah, I mean at the end of the day, it’s all good because Ghostface Killah is one of the best rappers alive, so if I sound similar to the best rapper alive then that is fine. To me there is no comparison; he is a legend and I am a newcomer.

Using his own skills and appreciation of the veterans, the Flushing, Queens resident distinguished himself as a genuine rapper, dropping an ill debut album in the process. Why is it on the list you ask? Because it's boom-bap, lyrical homicide and a cookbook all rolled into one. – Jahn P 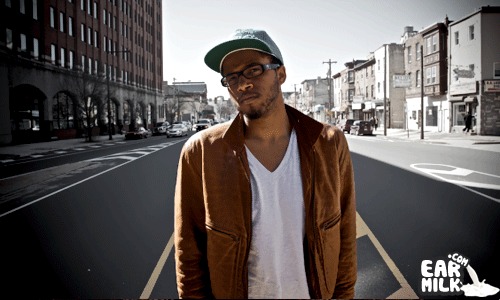