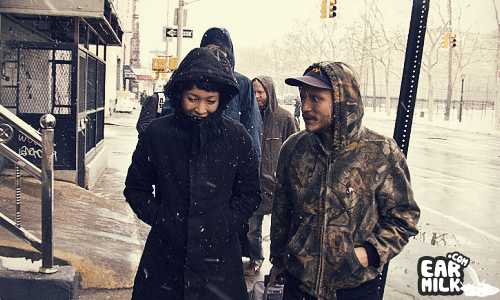 One way to promote your upcoming debut album is to have another group -- ideally a highly likeable, incredibly talented indie group -- remix one of your songs. Cue The Internet (Syd The Kid and Matt Martians), who took to posting a remix of their song, "Cocaine", by my favorite Swedes, Little Dragon.

The original is tempered, with a more relaxed, even beat. Little Dragon makes it all their own, speeding up the tempo dramatically while enhancing the vocals until they become a focal point.

Odd Future will digitally release The Internet's album entitled Purple Naked Ladies on December 20 (digital tracklist below) with a physical release on January 17.