A couple of weeks ago I had the privilege to introduce you all to Miami native QuESt, and his track with Mt. Eden, "The Blur", brought forth phenomenal reviews amidst listeners. Collaborating with New Zealand dubstep producer Mt. Eden, QuESt has taken hip-hop to a brand new level. If hip-hop and dubstep were to make a love child, I'd say that these two artists have managed to find the perfect combination.

While it is difficult for a new artist to release one hot track and establish themselves, imagine releasing two more in just a week's time. I've gotten my hands on two additional tracks released this week, "The Walk" and "The Memories". Both tracks have a different feel from one another, yet both tracks have a "feel"-factor, which is more than I can say for a lot new music these days.

"The Walk", released to the public last week, starts with a choppy-yet-smooth vibe inclusive of vocals from Imogen Heap. 21-year-old QuESt showcases his incredible ability to rap in a non-invasive, straight to the point, and spot on way. I've not come across a hip-hop artist with the amount of intensity QuESt displays (while successfully remaining in-tact with the vibe of the song) in quite a long time. I'm impressed with the fluidity of this track. QuESt wraps up the track with, "Are you not entertained? ARE YOU NOT ENTERTAINED? Is this what you want?" Well, let me answer those questions for you, QuESt (and for everyone else that digs this track): yes, yes I am. Yes, yes I am. And yes, yes it is. I want more.

"The Memories", released yesterday, starts out slow with an emphasis on vocals and a string compilation in the background. This is one track out of the three he has recently released that features a chorus, and I can dig it. After the first chorus, Mt. Eden's work steps in and speeds the beat up a bit. I feel like I can understand the story behind QuESt's lyrics a bit easier in this track, as it is vocally slower than the other two.

Unfortunately, neither of these two tracks will be on QuESt's upcoming (early 2012) Fear Not Failure album release. Fortunately, we can anticipate hearing even more from this guy in the near future. 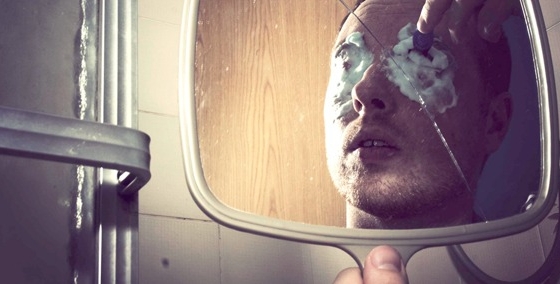