The American West Coast has become home to a new breed of music.  Some people call it nu-jazz, others soul and others hip hop or deep house.  Whatever genre it is, it's definitely a mashing of different styles that is helping to define a completely new sound.  Flying Lotus has been the biggest name in this movement- his often schizophrenic version of hip hop has crossed borders and become well known in electronic, hip hop and indie circles.  One of the labels also instrumental in this new, West Coast sound is Deepblak, who have just released a debut LP by Afrikan Sciences.  African Sciences isn't brand new to the scene, but has yet to delve into the long-player format. Below is an older track by African Sciences and Aybee (the man behind Deepblak) to get a feel for what sort of hybrid music you're in for if you decide to pick up his new album.

[soundcloud width="100%" height="81" params="show_comments=true&auto_play=false&color=000000" url="http://api.soundcloud.com/tracks/2659199"]
Afrikan Sciences is definitely pushing creative boundaries in his own direction, not sticking to any cheesy tricks or standardized sounds.  The influence of hip hop, soul, funk and dance music is evident in almost all of his tracks, albeit they are synthesized in very different ways each time.  Deepblak also released a video teaser for his debut album, called Means and Ways.

The album opens with "Spirals," a Flying Lotus-esque track that is almost a complete mash of four different genres, with experimentalism pulling a heavy weight.  "Call Back" tones things down with a smooth take on what sounds like 'experimental elevator music' but again show's Afrikan Science's ability to create a sound that is undeniably new, incorporating jazz-style bass and electric piano sounds over a very Actress-style beat.  The final track on the album, "Ways and Means," brings stuttering hip-hop instrumentals into a world of new dimensions cascading through an atmosphere of lost synthesizers. Remember to BUY music you like to help keep good music coming.  You can buy Means and Ways at the following online retailers: 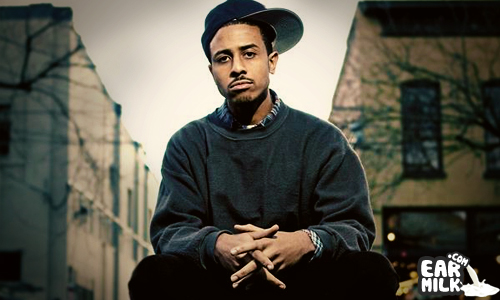