10 years ago by Alex Leonard 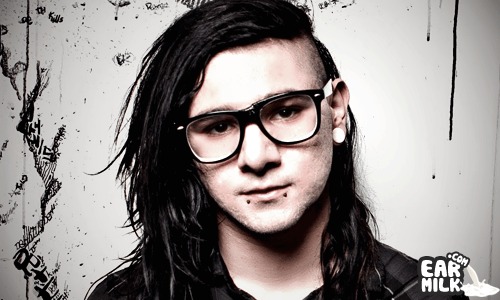 Oh, I know what your thinking! For I too thought the exact thing. Nero's Promises??? Remixed by Skrillex AND NERO??? Officially out??? There had been youtube clips a while back from one of his shows were he played it but the audio was terrible. (Almost as bad as when Justice's "Civilization" came out with the adidas commercial and all you found were commercial rips. Those were harsh times.) But yes, indeed it is officially out, and boy is it big. The dubstep Skrillex & Nero tear this track up with should almost be outlawed. The 'in-between drop' blissful piano can almost save the dubstep from being outlawed by it's peacefulness. A real treat for any Earmilk reader today. Enjoy.

Love you guys, thank you!

Been waiting since Suckerpunch released their vid of Skrillex droppin this at The Nest! Only gripe, Skrillex's live drop is waaaayyyy sicker than this.

dont hate m8 skrillex is doing his fing making bear dolla u must be jelous i produce myself and am getting there but skrillex is a genious his sounds are glitchy but at the end of the day who gets the shows,bookings and the money

man skrillex is amazing! screw you "YEP'. Give your head a shake, live a little. He's doing a fantastic job