11 years ago by Skinny G 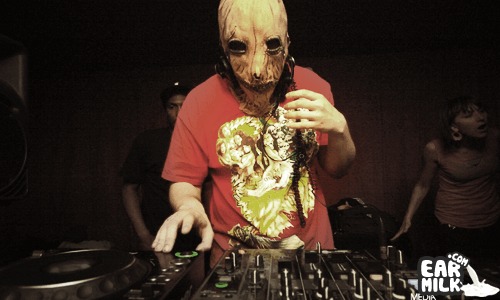 The formidable Stenchman has already been far too generous with his goodies this xmas. The festive cheer had its nasty way with him and the product was a Stenchman - Christmas Album he gave away for the lofty price of zero pound, dollar and cent.  The album is still available and can be reached by touching me herrrr

Not satisfied he then thought it might be nice to drop a spanking remix of  Yasmin - On my own. There are few things that I am currently enjoying more than big bassy wobbles combined with a euphonious vocal to take the edge of and make me feel all festive. Track is set for release Jan 31st cop it, steal it, remix it, whatever just get it.

In other news British West country trip troop hopping pioneers Portishead are touring  some pretty obscure eastern european festivals as headliners over the summer. Including Poland and Slovakia, good excuse for a holiday? I agree!

Who are you really nowdays if you haven't had someone do a dubstep mix of one of your tracks? This one is  probably one of the better ones.

I fcking love both of these bands. At first I scoffed at the idea of this mash up however I was wrong and happily so. Done by Jaya Prime who I am now a fan of.

getting stoned and listening to this = heaven!

darcy rgw
getting stoned and listening to this = heaven!