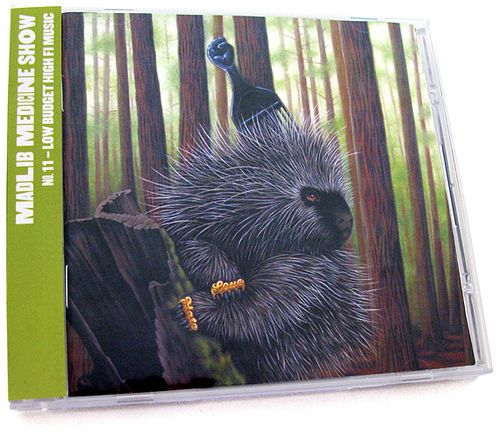 Madlib is releasing a new album, Low Budget Hi-Fi Music, early next year and Stones Throw is kind enough to release a sample track.The track is called "Interview #4080", as of now, and features Karriem Riggins. The album will consist of 28 tracks with collaborations with artists like Guilty Simpson and Strong Arm Steady, to name a few. Obviously this album is gonna be good but what really is amazing is the fact that the vinyl version of the album will have it's paint infused with Hennessy. You can check out a pic of vinyl creation process below.

The unofficial title of this album is Dirty Demos selected by the Loop Digga, a reference to a fire which destroyed some of this album's master tapes - a story detailed in the CD's 12-page booklet. The CD cover is by Isabel Samaras, LP illustrations by Gustavo Eandi, and design by Jeff Jank.