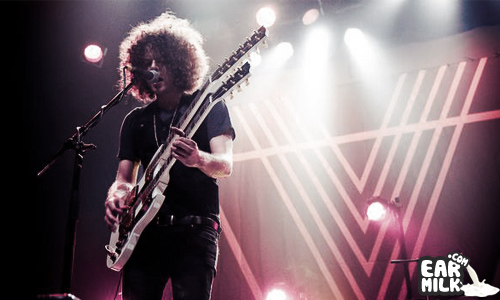 Australian rock  fearsome foursome Wolfmother released their new video for "New Moon Rising" (CCR anyone?) yesterday, and I have to say...it's ill. This band rips it pretty hard, and their guitar player is something serious. I really dig all the animation in the video, it makes a very interesting mix of video and effects. It kind of has a trippy vibe to it, which a lot of their videos do. New Zealand directors Special Problems made the video, and you cans see their influence all over the psychedelic ridden footage. This track is getting dropped on their new album "Cosmic Egg", set for release later this month. I'm pretty excited about it too, and when we get it, you'll be the first to know.

I'm going to throw up my favorite video of theirs for "Mother" along with this one, and also the MSTRKRFT remix, just because I love you all that much. And it's the last day at my internship, so it's a celebration, bitches.