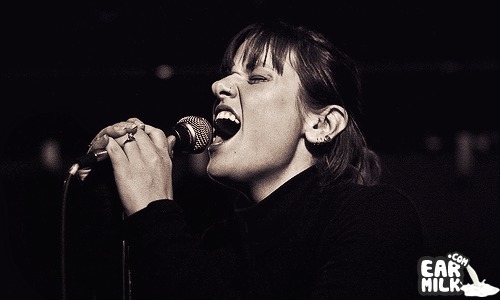 I just took a listen to a few songs off the new Sunny Day In Glasgow album, and I'm totally into the whole thing. I had never really heard of them to be honest, but I picked it up after reading about them on the ISO50 blog, which is graphic designer Scott Hansen's blog/portfolio/store (who actually makes his own music too under the name Tycho, and it's dope too). We even posted on a another writer for their site named Alex Cornell a while back. But, that's not what we are here for.

Im glad I decided to listen to as much as I could of this Ashes Grammar album, which is actually out for release Sept. 15. I took a listen this morning and it relaxed me out in like 3 songs. I felt like I was out. Just for a little back story, A Sunny Day in Glasgow began as a collaboration between friends Ben Daniels and Ever Nalens, both of whom had recently returned to Philadelphia after several years in the UK. The band name came from Nalens, who had been living in Glasgow, and Daniels kept it after Nalens left the project. Daniels also asked his twin sisters, Robin and Lauren, to start singing on the songs they had been working on. They do these big vocal swells that remind me of Enya or some shit. I dunno, it's wild.