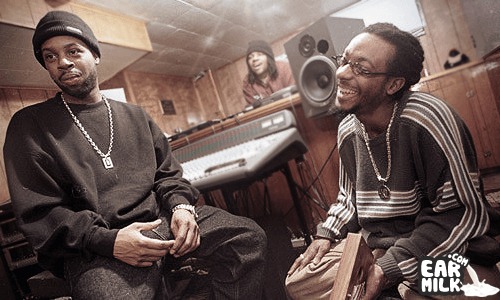 I can't reiterate enough just how epic and infamous the crew Slum Village was to hip-hop. Here is a strong analogy that I would have to agree with; slum village is to hip-hop as water is to plant-life. Yeah... I said it. At the time of the group's rise to prominence in what some would call post-golden era rap, the SV was necessary. Dilla, with his repetitive and obscurely sampled beats helped to define what critics now genrerize as "stoner-rap". Baatin's quirky, yet smooth flow, combined with the solidarity that T3 provided (his lyrics would get out there quiite often too) was just ingenious and a refreshing break from the blinging and balling which was becoming popular.

Recently, a video for the track "Actin Normal" from Villa Manifesto dropped. The video was shot sometime shortly before the untimely death of Baatin. The video is hilarious, and the song is great too. It somewhat takes me back to the days of Fan-Tas-Tic Vol.1 where you can hear the fun the guys were having in the music. I wonder who produced the track? If you know, please comment. Check out the video below and be on the lookout for Villa Manifesto. Peace and love to families of Jay Dee and Baatin.