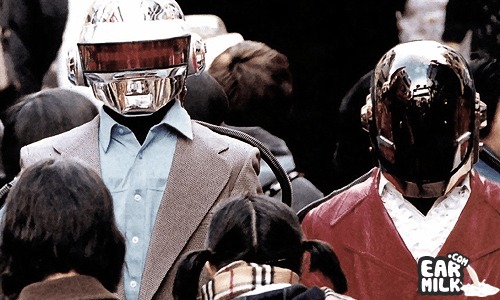 So, if you haven't heard Daft Punk are involved with the upcoming "Tron Legacy" film (the sequel to the original, which leads me to believe I need to rewatch it), and they are also producing the OST for the film, which is a VERY good sign :)

This is their second involvement with a film, and taking on something as classic and cult as Tron seems all too fitting. The theme song has been up for abit of debate in terms of source and who's done what, and I believe that its concluded. The official theme song isn't out yet but a Cryda Luv rework has been released.

I'm not sure where Cryda got access to a high quality version of the theme, but its obvious that their rework is different then what was played at ComicCon.

and now without further adue, take a peak at the future of electro cult.