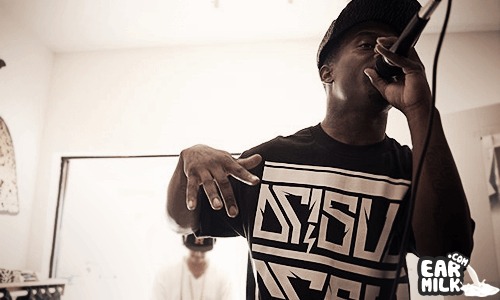 Soooo, It really annoys me when people say there is no good rap anymore. I say - you're just being lazy. Sure, you may have to dig a little deeper, but the music is still there. Take central Cali MC Fashawn for example. Dude's dropped about seven mixtapes, all of which go hard lyrically. He recently had a listening party at Turntable Lab LA for Boy Meets World, his album dropping in September. Some of the heavy hitters who showed face at the party were Evidence & Rakka, Blu, Planet Asia and Exile (who produced the entire album). If that line up isn't good hip-hop, then I dont know what is. Lets just say that the whole room was nodding. Check it out for yourself below, and be on the lookout for Boy Meets World late summer.