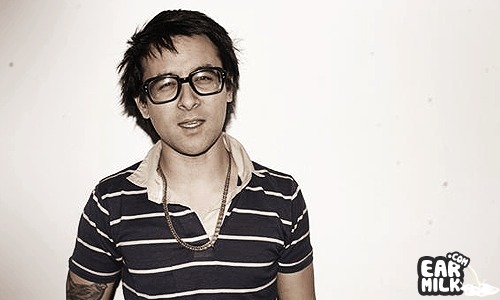 "The visual look of the video was inspired by the beauty of low resolution pixel art in classic arcade games. I was intrigued by the idea that a face can still look beautiful even when it is scaled down to a resolution of 12 pixels tall." As Delicious Vinyl Curator Rick Ross, who produced the video, says: "We really aimed to break that proverbial fourth wall in the gaming universe -- the fine line between man, woman and machine."

"Freak-A-Zoid Robotz" is the lead track and theme song from Delicious Vinyl's critically acclaimed RMXXOLOGY album. The song itself is inspired by a truly obscure cut from deep in the Delicious Vinyl catalog: an electro-bass number called "The Fine Line Between Hyper And Stupid" that appeared on the b-side of Tone-Loc's 1990 single "I Got It Going On". With "Freak-A-Zoid Robots", Bobby Evans (half of L.A. hip-hop duo Brother Reade) has taken it back to the real pioneers of Miami Bass, with whip-it-good drums, ass-clapping bass, and synapse-snapping synthesizers... all perfect for robot booty shaking.

To increase the freak factor a full-on 3-D version of the video is set to drop in the coming weeks.