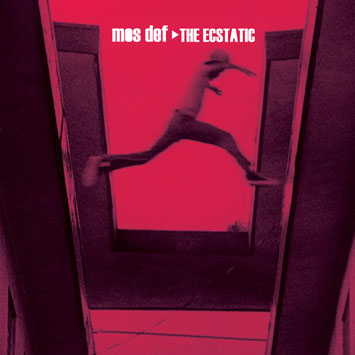 The album starts out with "SuperMagic" which has a great beat and a great flow. But the album really gets started on the second track called "Twilite Speedball". This track minds me of a slowed down version of the Outkast song "Speedballin'" which is ironic since Mos Def uses one of Outkast's lines from "Ghetto Musick". Next you have the track "Auditorium" which slows down the tempo a bit in order to incorporate the featured artist Slick Rick. "Auditorium" is the best track on the album for re-playability. Also, this track is where the "middle eastern" theme of the album kicks in. The album features many middle eastern instruments and also themes. "Wahid" also has the middle eastern theme. The next major track "Priority" is one of the best tracks of the album. This track is classic Mos Def.

One of the most interesting tracks on the album is "No Hay Nada Mas" which ruffly translate to "There is nothing more". Unlike the title of the song; there is much more to the album. The whole song is done in Spanish which is a very nice change of pace. The last major track I want to mention is "History" because you have BlackStar reuniting on a J Dilla beat. Its a short track but carries much weight. Ultimately The Ecstatic is a instant classic album. Mos Def has returned to his roots with consistant flow and amazing beats. You can't go wrong with this album.