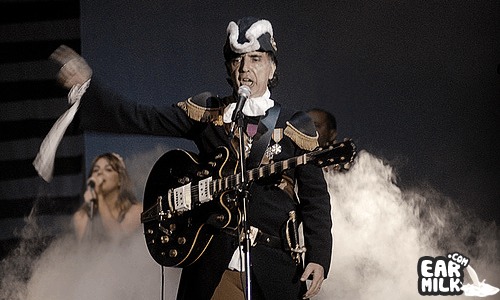 Os Mutantes, the psychedelic, brazilian rock trio recently signed to Anti - to record "Haih", their first new record in 35 years. Os Mutantes became popular in 60's in Brazil as part of the Tropicalia movement that they helped give birth to. They have worked with the likes of other great Tropicalia artists such as Gilberto Gil, Caetano Veloso, and Gal Costa to name a few. Haih, set to release on September 8th of this year will include songs in collaboration with Jorge Ben and Tom Ze; two other artists who had an influence in the Tropicalia movement as well. If you haven't had the pleasure of listening to Os Mutantes, I have posted some videos for your viewing pleasure below - so check em out. Keep Listening.

Be cool and support Os Mutantes

Big up to Pitchfork