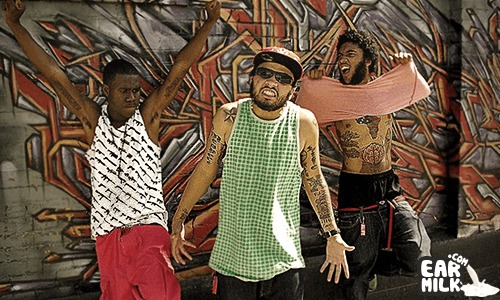 Of course you can tell by now, we love coming across new talent.. and thats nothing short of what OverDoz is.. new talent. OverDoz consists of three dudes out of Inglewood, CA. Sleezy, Kent, and Tube are three 20 year old MC's with all different approaches that just mesh well and the outcome is them bringing a unique sound to hip hop. OverDoz is a versatile trio with lyrics that speak to issues from drugs and violence in the community, life lessons, growing pains, and celebrating the complexity and beauty of women and relationships. OverDoz just released 3 new songs via Twitter actually, all 3 songs will be featured on their upcoming mixtape due to release sometime next month, you can check them out below. They also just released their brand new video "Hollywood," which is hilarious, check it out below.

They also released their first music video not too long ago as well entitled "Creamie Says," definitely shows you dont need a large budget to be creative.

Be sure to support OverDoz and their upcoming projects!