4 years ago by Lily Linquata 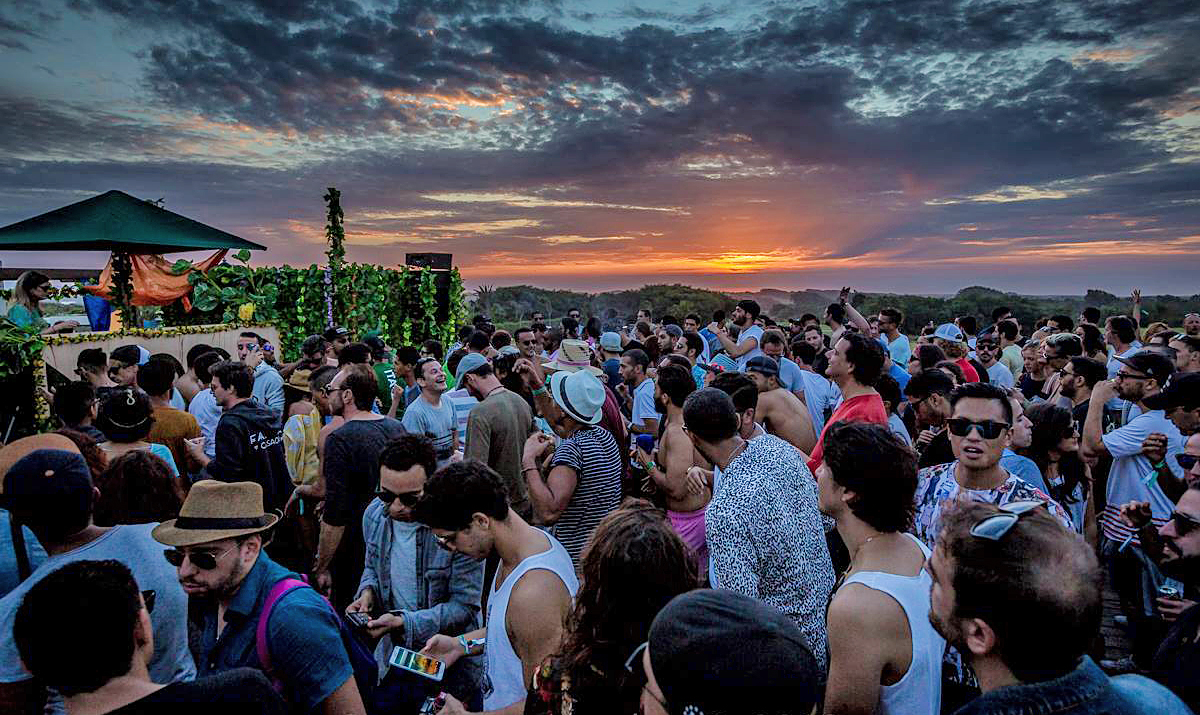 I’ve never seen a dead person before.
You’ve never read a festival review that starts with a dead guy.
This isn’t quite a haiku, but
Welcome to Morocco.

I arrived in Casablanca on October 1st. Ex-pats in crossing prefaced the month in front of me as seriously unpredictable and a bit heavy on the flies. Even so, I didn’t know what to expect. Hiking the northern Africe High Atlas Mountains, contracting E.Coli (so I could fit into my jeans again), and checking out the first-ever MOGA Festival -- art meets electronic music on the Game of Thrones set -- were my only bucket list items. I’ve been drinking tap water for almost four weeks now and my jeans still don’t fit. Anyway.

Very-tall EARMILK co-founder, Montrey Whittaker and I are traveling internationally as part of a year-long journey with Remote Year. He says: “Twelve cities, seventy-five people, one year.” Each of the seventy-five of us have independent, digital jobs and lately, too many damn ants on our computer screens. This month, we’re in Rabat, Morocco.

In the months leading up to Africa, Remote Year has been in Prague, Belgrade, London, and Lisbon. Musically, we’ve caught the likes of Lone, Moderat, Todd Terje, Lone, Foals, Crystal Fighters, Clams Casino, The Range, Red Axes, and Maceo Plex in a series of international venues. It’s been quite a trip, so why not fit in a music festival?

October 14th marked the first day of Moga Festival’s inaugural event. The contemporary dance music and digital arts festival is the latest brainchild of Panda Events and the Moroccan collective known as Runtomorrow. Given the success of the Dunes Electroniques Festival -- hosted in 2015 on the OG Star Wars movie set in Tunisia -- a new festival was born in Northern Africa. The selected backdrop was this time Essaouira, Morocco perhaps best and most recently known as Daenerys Targaryen’s Astapor in Season 3 of Game of Thrones.

Essaouira (eys-oh-where-ah) is a far cry stylistically from Rabat and a six-hour car ride south of the capital city. Once there, you’re offered up as much of a tourist-friendly, Jamaican-vibe surf village as you’ll find in Northern Africa. The Atlantic beaches are beautiful and lined with camels. The ocean is teal, and the breeze matches the translucent feel of the water. It is a place to vacation, for sure, like Key West or San Diego. The hotels are as gorgeous as they are affordable -- peep Huere Bleue or the Sofitel Mogador -- the locals speak English -- a not-so-certain gamble in Marrakech -- and as far as the setting for a mid-October music festival goes: Essaouira is perfect.

MOGA kicked off Thursday night with DJ sets at the Taros Cafe, in the center of the city. Friday’s musical events started around 7pm, or 19:00, local time and were held across several main Stages on the Takniwine properties. Wrapping around 4am on Saturday morning, the following day’s artists played at the kitschy Sofitel Mogador’s pool starting a bit after noon. Typical late hours for an electronic focused festival, so nothing too new. Across all locations and throughout the small city, security, safety, staff, signage, and branding were on-point. From wristbands to cash-free concessions Panda and Runtomorrow were clearly not first-time event producers.

Given how Takniwine -- with three, separate stages once the sun set -- and Sofitel were each a five to ten minute drive outside of the city’s center, MOGA’s just-about-free and mostly round-the-clock shuttle services from downtown to the each location was a welcomed surprise. That the rate changed from $3 per person at 9pm to $4 per person around 3am was much less of a surprise.

There were a great deal of non-locals in the mix, which made for cheesy fun as I bopped around and met Californian teachers, English video producers, and German biochemists. This festival served almost as an electic mix of worldy travelers found at a bar int he movie Casablanca. Mingling was easy, the stage’s lights weren’t even close to assaultive (ITHANKYOU) and the sound was better than anyone expected. 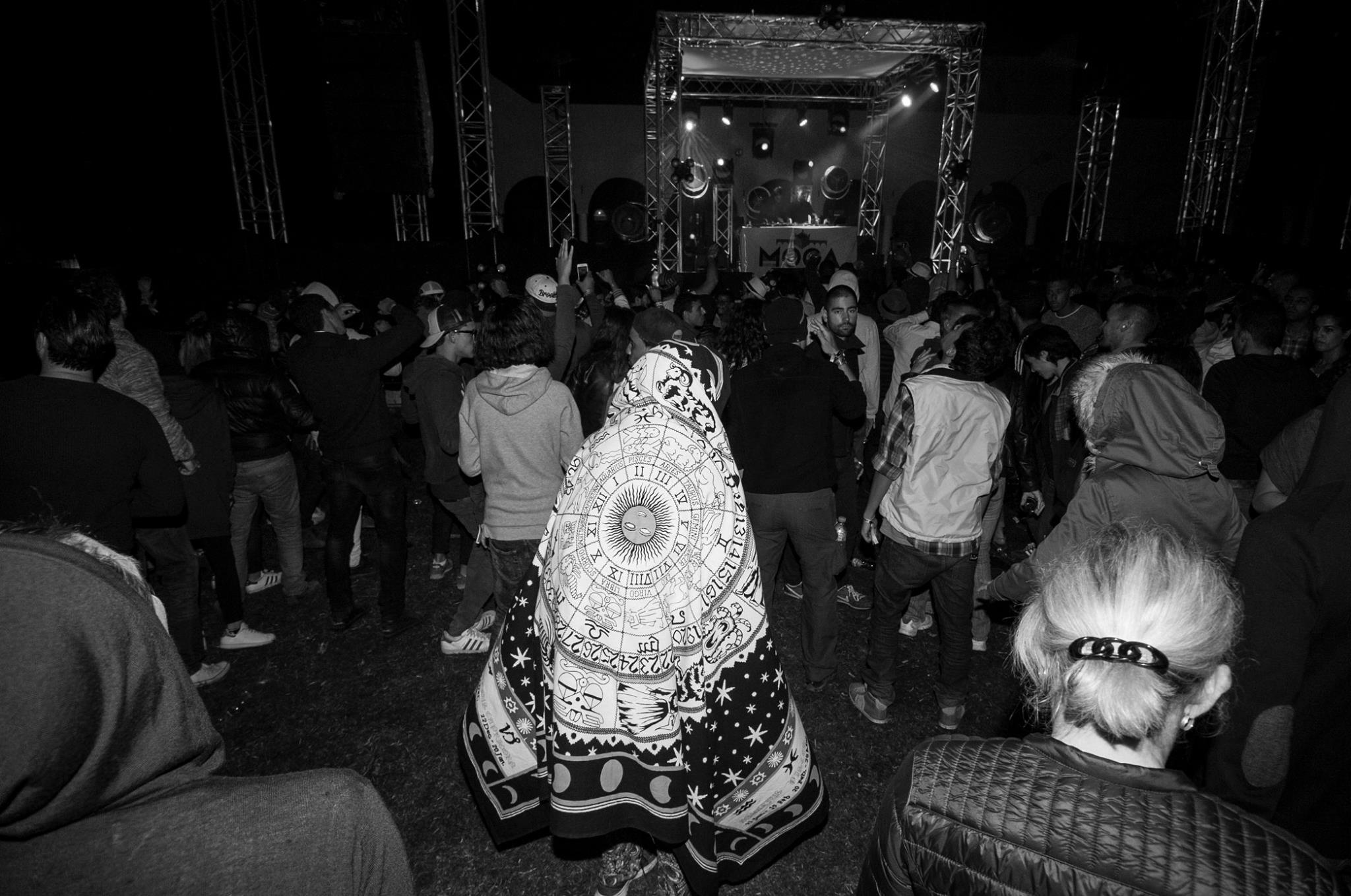 As for the music, the decided stars of Friday among our snobbish cohort were Darwin, Lefto, Chaim, and Terekke, each presenting a different style. Sis and Bella Sarris closed the main stages late on Friday, paving the way with “surprised and delighted” vibes for Saturday’s easy pool sets. An exceptional line up of Sucre Sale, Gorje Hewek and Izhevsky, Yokoo, and Lee Burridge played into the setting sun at the Sofitel. Back at Takiwine, M.A.N.D.Y, Ame Live, and Huerco S. rolled into Sunday.

Sadly, we couldn’t catch any of the big Sunday acts. You know, this whole work AND travel thing comes at a cost. I was especially bummed to have missed DJ Tennis. (Hey and “Hi!” from Joe Sigmund!) I was also sad to have missed most of the art, particularly Italy’s RUN who was notably in the mix.

There were so, so many beautiful and happy people at MOGA. The ratio of women to men was comfortable, the crowds were friendly and chatty, the DJs mingled with the dancers, the sunshine was hot, and the full moon was appropriate.

But. There are still no dead people in this review.

I’m happy to report that everyone made it out of MOGA alive, maybe even feeling more alive. Maybe grateful to have beared witness to Burridge’s “Naive Melody” rework as the sun set over North-West Africa. Maybe still giddy from Lefto’s Beastie Boys or Bell Biv Devoe drops.

Two weeks ago now I passed an auto accident in the Hay Linbiaat district of Morocco. A young man on a motorcycle had collided head-on with a sedan along a steep hillside. They don’t wear helmets often here. Typically never. 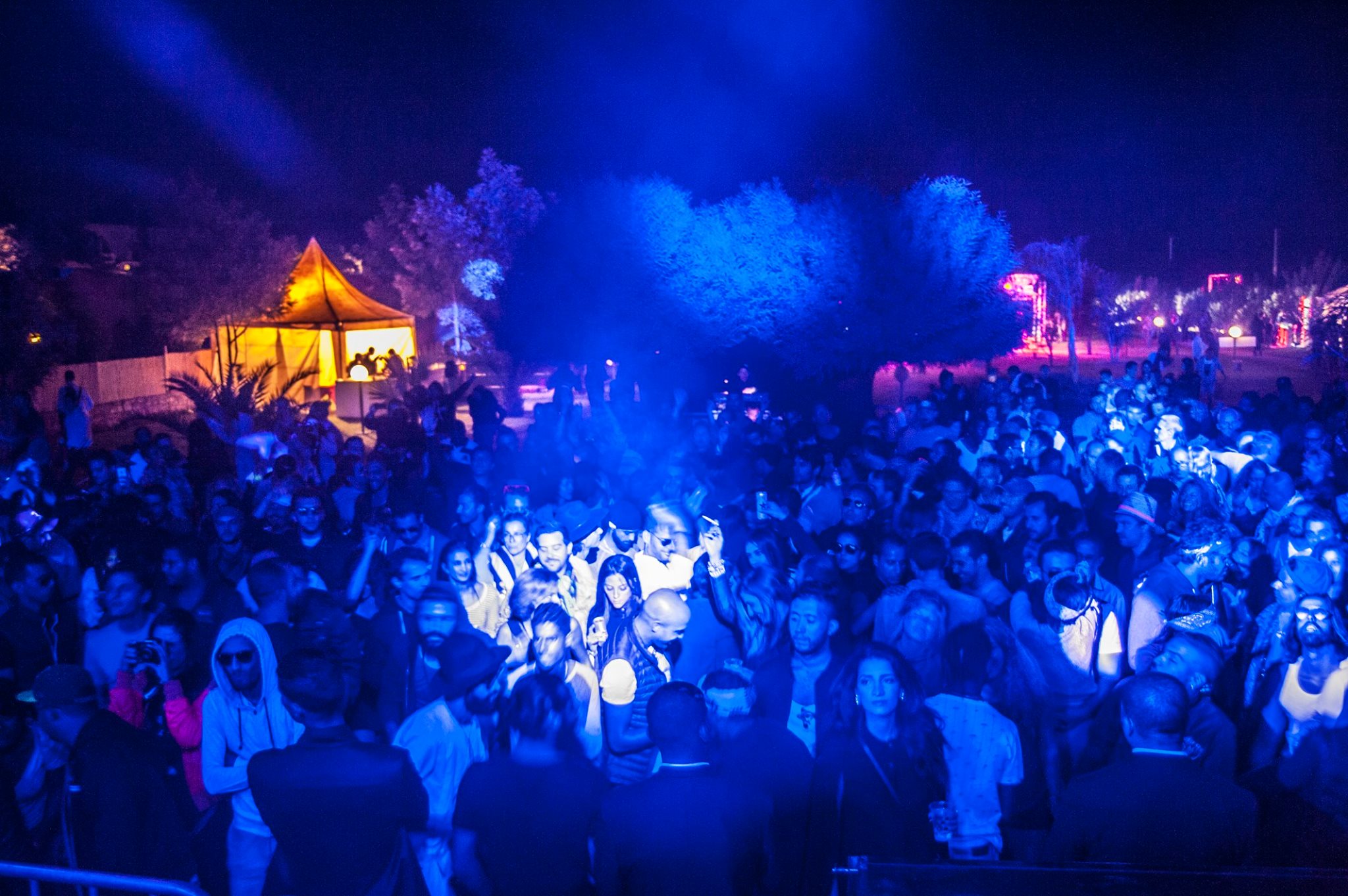 It was dark and the scene was freshly chaotic. Men hurried to push away the car with its shattered windshield. An audience gathered around a body which might have just been sleeping if I hadn’t known better. But I knew better.

At once, I missed the States. I missed my dog and my Mom. I have been gone since May 18th. So much of my day-to-day life is disjointed and impermanent. From languages to cultural customs to the best route to the grocery store there is little set routine or sense of quiet belonging. I had never seen a dead person so plainly until Morocco. Perhaps I have never felt, in a way, more alive.

As we drove back to Rabat -- endlessly dusty, a bit sunburnt, and tired (because we’re old) from MOGA -- I could only think of how I simply wanted to get “home” to our Riad in the center of Old City’s Medina. It struck me as a strange longing. Rabat is not my home.

This morning I walked outside to a knife fight. This afternoon Homeland was filming outside of our door. I sat down to write this review with at least three, tiny ants crawling on my person and having been proposed to two times in the last three weeks. Yet I’m nothing but grateful to be here in Morocco, immersed in a culture that on one hand is so very different from what we know as Westerners and on the other hand can so gracefully execute a first-time festival like MOGA. Home or away, David Byrne or Lee Burridge, this is me and Montrey in Morocco and I guess that this must be our place for now.

To Panda Events, Runtomorrow, Darwin and all of the artists and attendees: thanks for making this weekend so memorable. Here’s to living. And to wearing helmets always, kids.