Madrid-based imprint, Semantica, recently announced its plans to celebrate the label's decade-long run of experimental and cerebral techno by compiling 10 EP's for their Semantica 10 series.

Label boss, Sverca, has arranged Semantica 10 to include many of the label's staple artists who have helped shape the imprint's influential catalog.

10.1, the kick-off anniversary issue, features four tracks from Donato Dozzy, Mod21, Skirt and Stanislav Tolkachev. The record is slated for a March 18th release; listen to the clips!

This weekend also coincided with the first of Semantica's 2016 world tour showcases. With two back-to-back showcases in Japan already in the books, March 18 is the third confirmed date at Madrid's Stardust venue. More dates for Semantica's world tour celebration will be confirmed throughout the year. 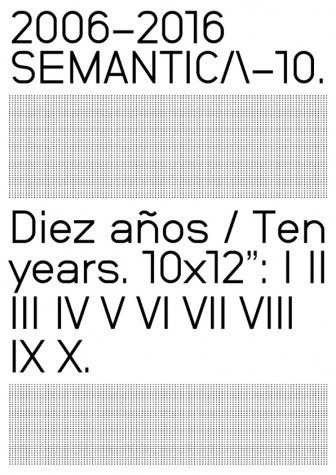