I don't know how many times I have to say it: CRSSD is without question the best festival on the west coast. In just five short years, this festival has become the preeminent house and techno festival in the  country, as twice a year the biggest acts in the scene descend on San Diego's Waterfront Park to play some of the best house/techno this side of Europe. And this year's lineup looks to be no different: Gesaffelstein leads the way with a heavy French presence in tow; followed by Australian trio RÜFÜS DU SOL; Techno legend Carl Cox crushing the techno stage; house-legend Chris Lake; and one of my favorite's to emerge in 2019, and PAX.

And that's just a sample of some of the artists. You can check the links below for more info but DEFINITELY grab tickets because I promise you, it will sell out. 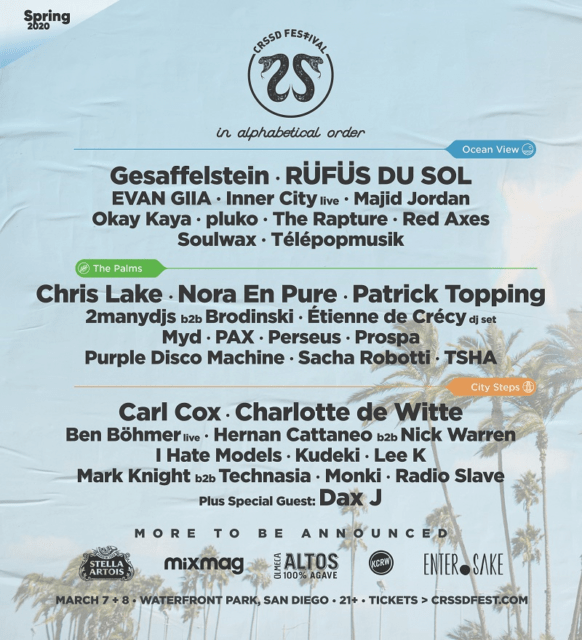