5 months ago by Vicky Inoyo

When it comes to hip-hop, Denzel Curry is an icon holding it down for Florida rappers. The 25-year old artist from Carol City has been spitting bars since he was in the sixth grade. Fast forward to today, his passion for next-level lyricism continues to shine. Recently, Curry teamed up with Red Bull Music to cultivate Zeltron World Wide - a sanctuary for hip-hop heads across the nation that value rappers who thrive because of their ability to synchronize words and create some of the most fire bars in rap music.

Through Red Bull Zeltron World Wide, Denzel Curry elevates the concert experience by challenging rappers to go song for song, and sometimes bar-for-bar, in a wrestling ring. Previously, he challenged Flatbush Zombies and Joey Bada$$, but this past weekend, he took it down to the South - having Dreamville rapper and Atlanta native J.I.D as his opponent. We’ll be the first to say that hosting this installment of Red Bull Zeltron World Wide in Miami, Florida definitely gave Denzel Curry an advantage. Fans were lined up more than 8 hours before the show preparing to see their hometown celebrity rapper take on his opponent. It seemed like everyone was team Curry from the start. 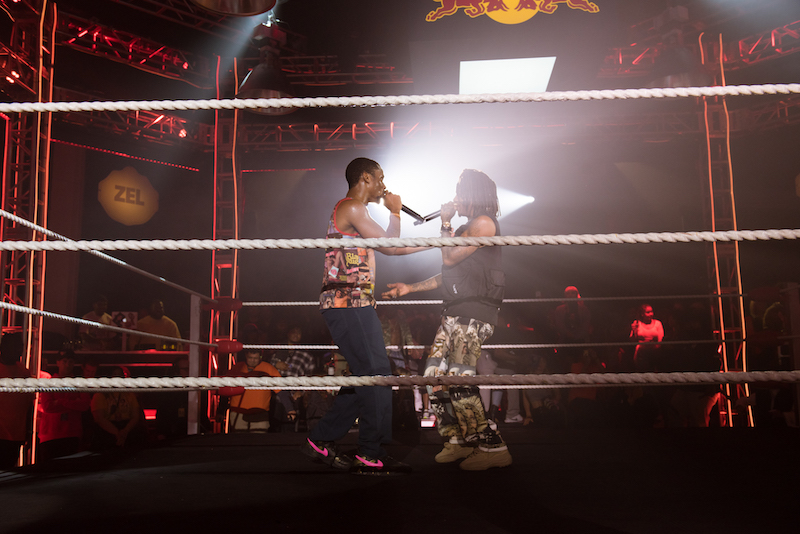 Denzel Curry blessed the stage by performing “DIET” - a track off his newest album UNLOCKED with Kenny Beats that dropped just earlier this year. However, what shook the entire building was when he brought his chart-topping hits to perform in the ring including “ULT”, “RICKY” and “Ultimate”. 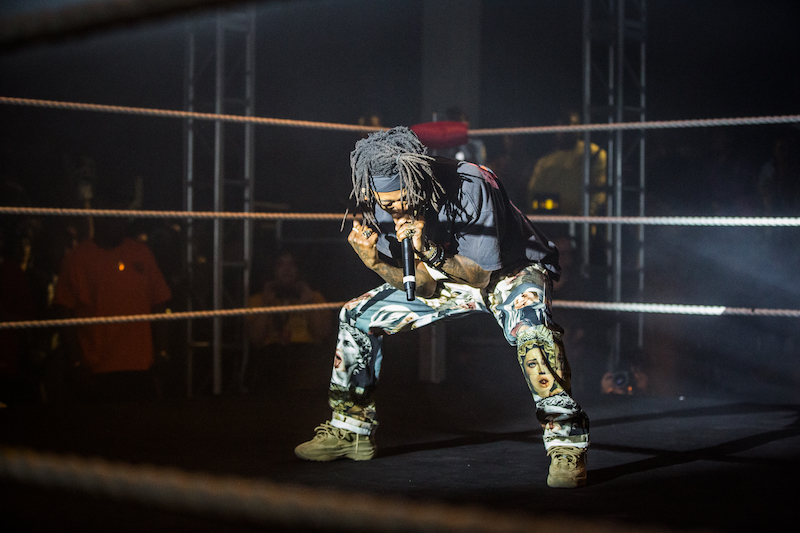 But, don’t get it twisted, J.I.D also brought the heat! We caught up with the Dreamville rapper a few hours before the show while his relaxed demeanor eased the tension backstage. Check out our conversation with J.I.D here. Yet, immediately upon stepping foot into the ring, his energy shot through the roof. While spitting bars at rapid-fire speed, he was bouncing off the ropes and engaging with fans every second he got. The crowd couldn't help but feed off his energy and, by the end of the show, everyone in the building was rapping along to his tracks like “Off Deez” and “151 Rum”. 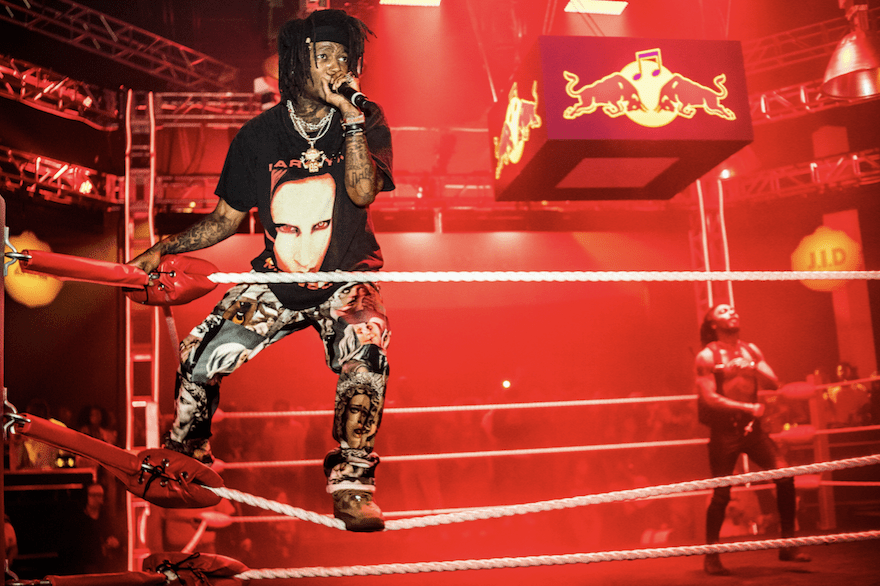 A few special guests also graced us with their presence. Denzel Curry brought DMV rapper IDK to join in the ring to perform his hit record “24”. As for J.I.D, he stayed loyal to the Dreamville camp. When performing “Down Bad” and “Costa Rica '' from the Revenge of the Dreamers III collaborative album, he was joined by his labelmates Bas and Johnny Venus from EarthGang. 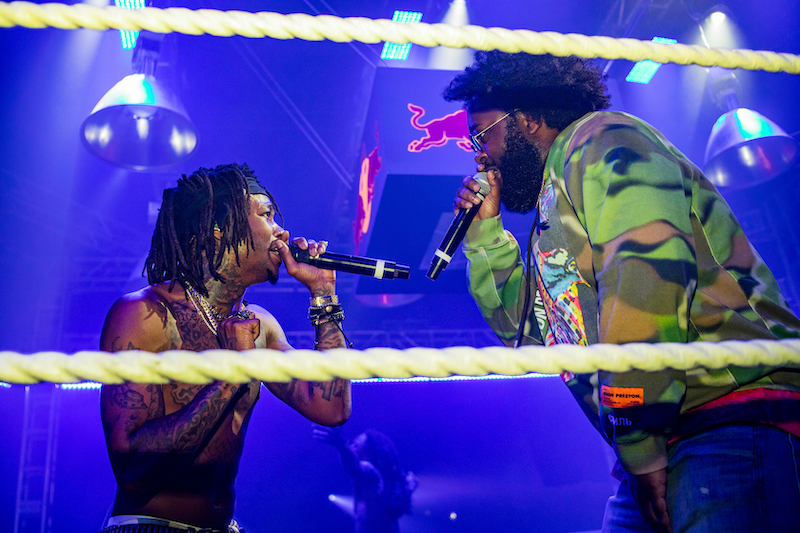 From the foam fingers to the ring girls, the production for this event was impeccable. Most importantly, the contagious energy radiating from the artists and the fans had everyone on 10 for nearly 3 hours. If you’re a true hip-hop head, you MUST attend a Red Bull Zeltron World Wide event. Out of the hundreds of shows I’ve witnessed, nothing compares to this. 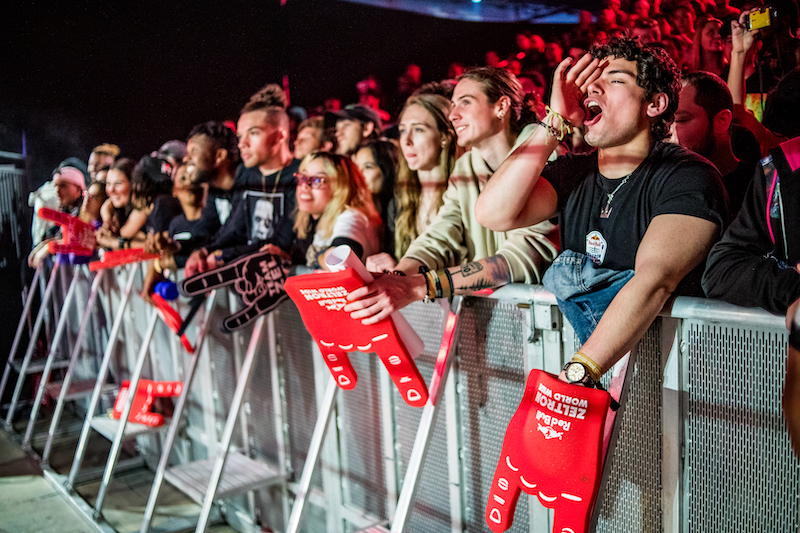 Denzel Curry has announced that Rico Nasty will be his opponent for the next installment of Red Bull Zeltron World Wide. The two will go head-to-head in San Francisco on March 20th. Click here to get your tickets before they sell out. 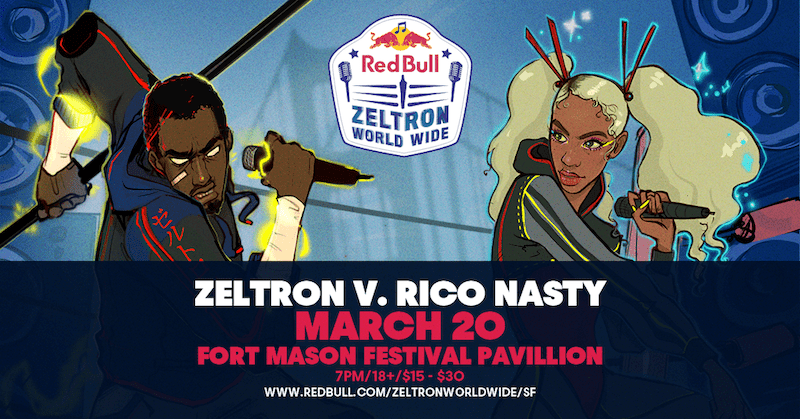