If you're tapped into the underground party scene, especially in Los Angeles, you most likely know the parties thrown by A Club Called Rhonda well. The outfit has built a reputation for itself as a collaborative, no judgement zone for fans of all edges of electronic music and, in reality, a good party. Kicked off as an offshoot of its former event space that closed in 2014, A Club Called Rhonda has teamed up with local brands for everything from post-Coachella rendezvous in the desert, and now, they've collaborated for a "Rhondavous" with Swedish pop icon Robyn. She's sold out two consecutive nights at The Hollywood Palladium, and signed on with ACCR for an official after party to take place at another LA nightlife stalwart, Catch.One.

"The idea behind it started when we began to work with Robyn's team to execute some of the additional production elements for her Palladium show," says co-founder Loren Granich, aka Goddollars, who will be performing at the after party. "We had a really long journey with them and really liked working with her creative team, so we started putting together something for our annual Valentine's Day Rhondavous, but we put two and two together and got everyone on the same page. It grew into something bigger and we really had a fun time putting together the lineup with people we both like - there was a lot of crossover there."

Both LA's underground and Europe's underground have come together for this party, with artists like Honey Dijon, Baba Stiltz and Robyn's former collaborator Mr. Tophat, taking the stage each in one of five separately themed and creatively concepted rooms. "This was really two teams woven together working on this," Granich says, "working with somebody else on something is a fun exercise, especially when they're kindred spirits."

"People can expect a whole lot of things happening in a whole lot of places," is the product we can expect from the creative team up. "We usually have one toe in the pop music world and then all other nine toes in the underground. I think Robyn is some other combination of that, where she has a few toes in the underground but is that perfect example of someone who can switch between worlds pretty easily." At this weekend's Rhondavous, both worlds get a chance to shine.

Tickets to Rhondavous with Robyn are still available here. 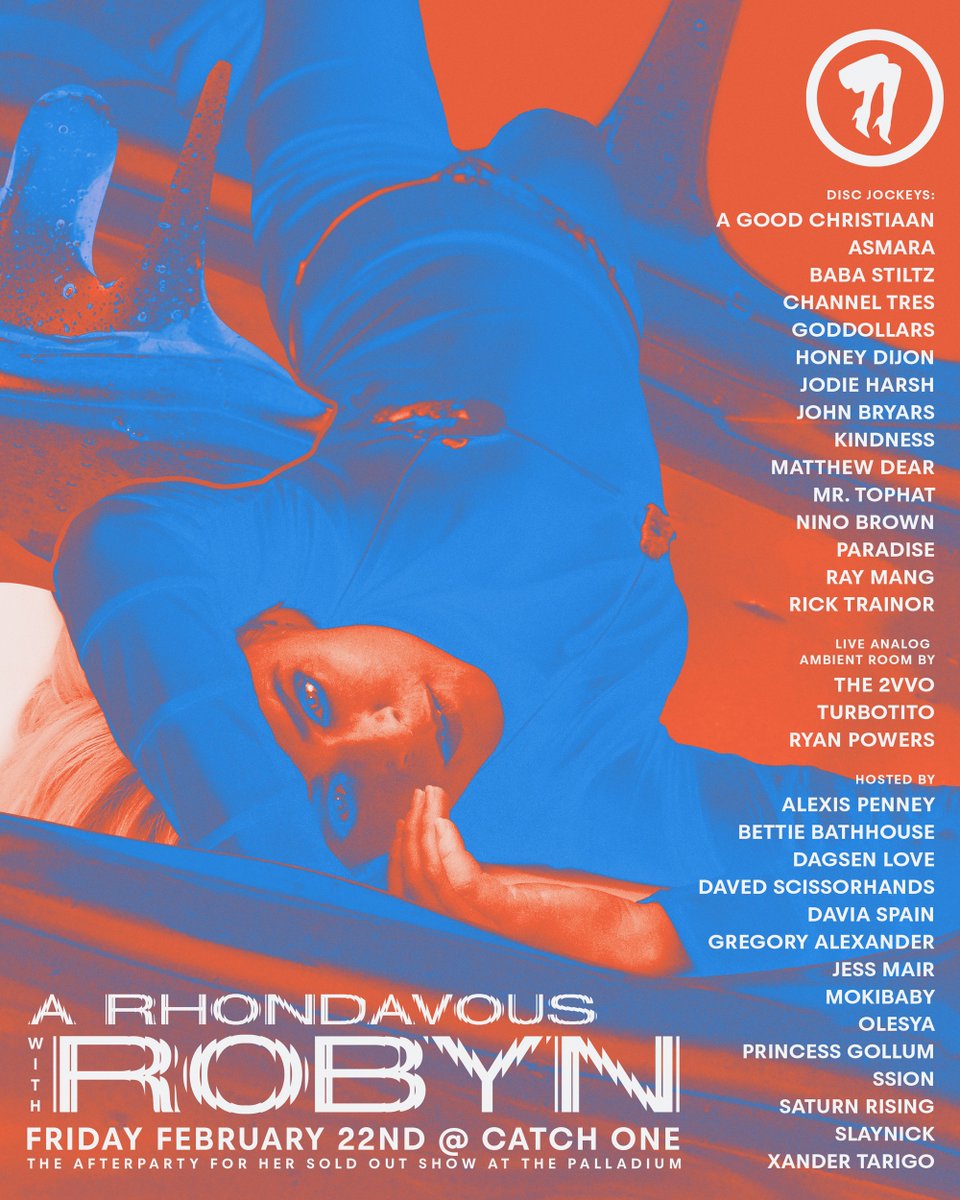