2 years ago by Jack Steindorf 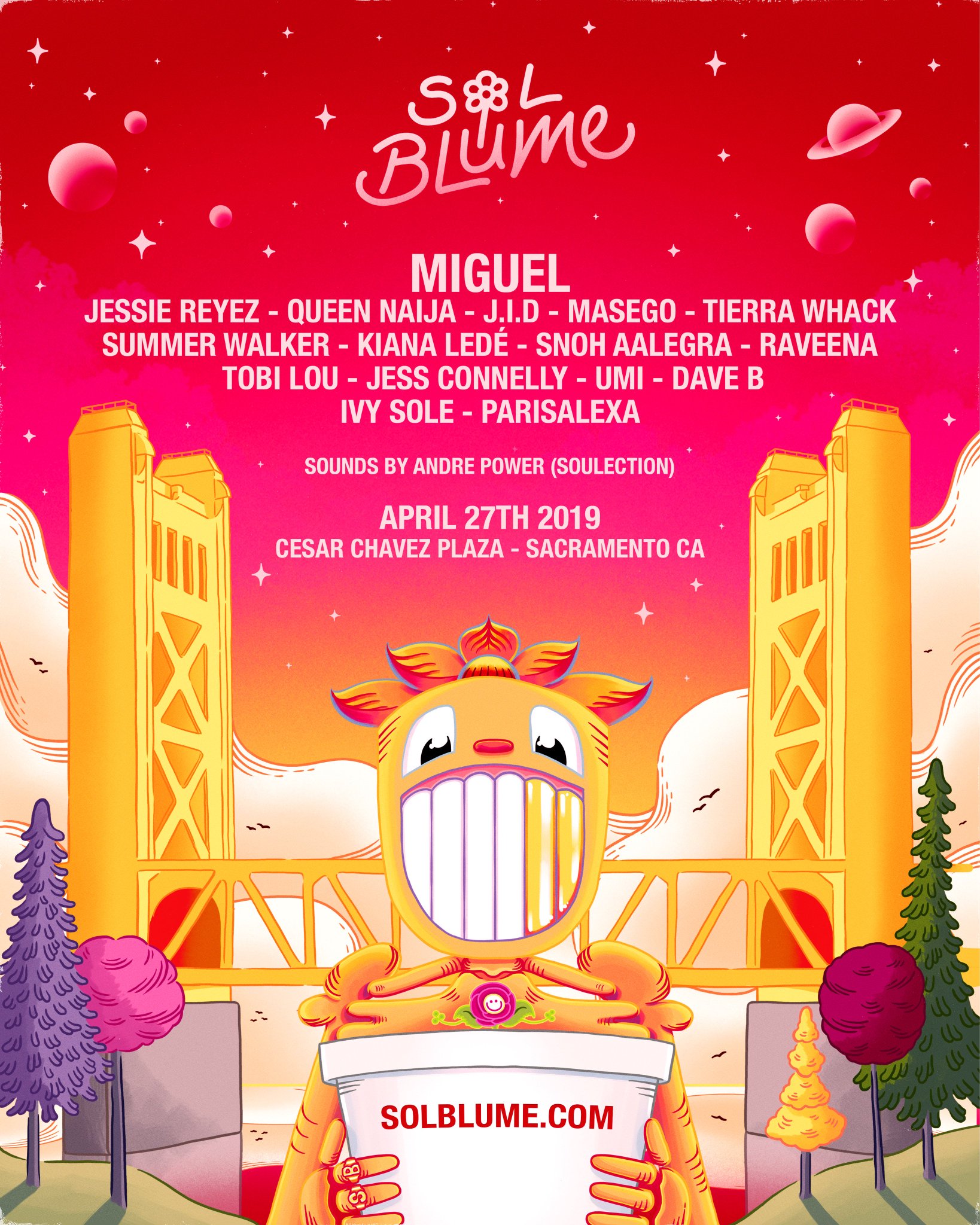 Sacramento R&B and soul festival Sol Blume just announced its 2019 lineup. This year, the festival will see GRAMMY Award-winning singer Miguel as the headliner, and boast a wildly impressive lineup of other acts. Most notably, platinum-selling singer Jessie Reyez, Jamaican-born singer/producer Masego, GRAMMY-nominated singer Tierra Whack, singer Summer Walker, and Dreamville's J.I.D will all be performing. Even with the aforementioned acts, the lineup has impressive depth; check out all the performing artists above.

“Creating and producing this event is an amazing milestone for Sacramento's thriving music community, and we just couldn’t be more excited about what the future holds for our team," said the festival's co-founders Justin Nordan and Fornati Kumeh. Tickets will go on sale January 30th at www.solblume.com.

Check out the EARMILK review of Sol Blume 2018 here.