Governors Ball announces 'After Dark' shows with Skepta, Gryffin and others 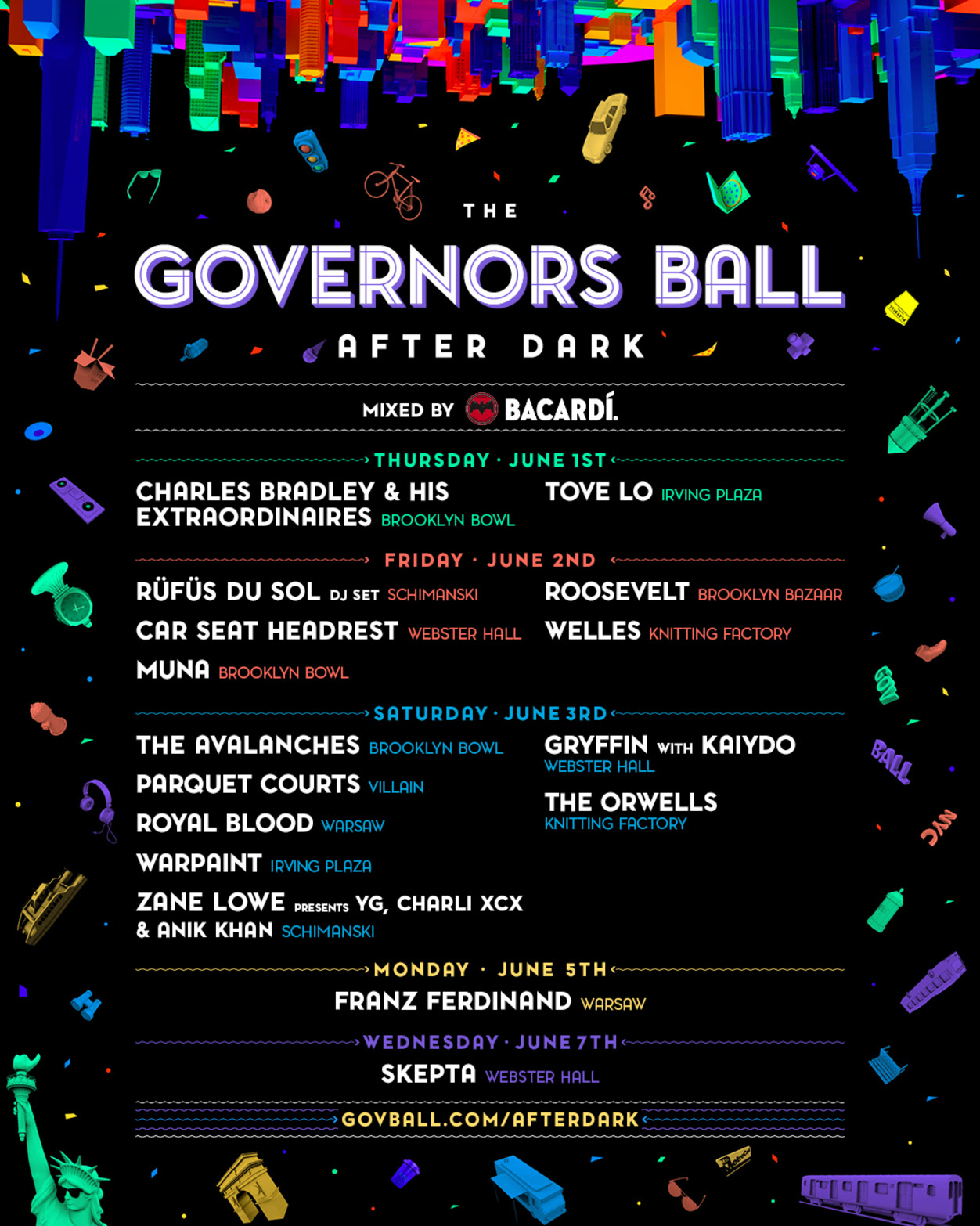 As The Governors Ball Music Festival approaches, the team behind the festival has announced correlating Gov Ball After Dark shows that will hit New York City ahead of, during and after the festival's dates. Starting Thursday June 1st, affiliated acts will hit everywhere from Brooklyn Bowl to Schimanski to Irving Plaza with special shows from artists like Skepta and Rufus du Sol. Tickets will go on sale for Citi card holders starting at 10 AM EST on April 25th, with general on sale starting at 10 AM Thursday, April 27th.

Tickets to The Governors Ball Music Festival are still available via their website.