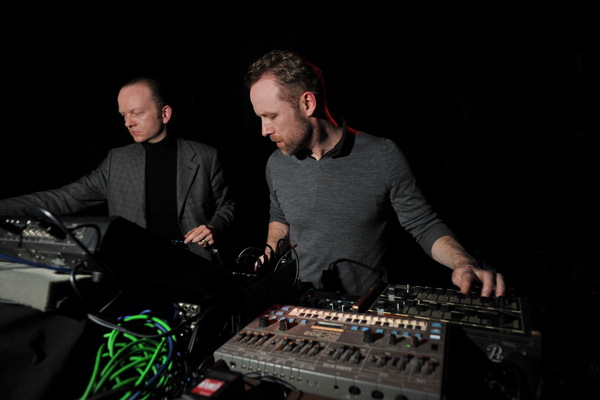 The dynamite pairing that is Atom TM and Tobias. went off inside Berghain's walls at the celebrated Panorama Bar on 12/10/2014 for Focus Mode with an all-improvised live set that saw the two sound engineers play for 6 hours. Now they are offering the world an opportunity to check out what exactly went on by releasing 5 hours of live recording from that event slated for a November 11th release. Delivered on Atom TM's AtomTM_Audio_Archive imprint, the digital release will consist of 5 one hour segments. For those who don't want any interruptions, the continuous full WAV file will also be available via Atom TM's official site. Otherwise, you can purchase the 5 one hour tracks on iTunes.

Check out the excerpts below!