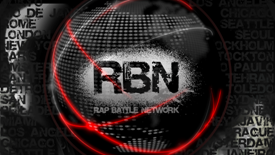 Attention hip-hop fans: Alchemy Networks, the premiere digital network for urban lifestyle and entertainment, announced today the launch of Rap Battle Network (“RBN”). In an increasingly online media-based world, RBN will be one of the first YouTube paid channels providing a destination where rap fans can watch rappers battle against each other in a lyrical fight of the fittest. Focusing initially on Los Angeles, Las Vegas and Denmark rap communities, RBN has big plans to embrace the revival of the underground urban culture. With an inside look into the sub culture of emerging rap artists, subscribers will have a unique and exclusive view of up-and-coming artists’ journeys to becoming the next big star.

RBN will be hosting original programming with monthly rap battle events and competitions, providing audiences with a platform that will grow as a result of innovative hosting and highly selective aggregated content. Anthony Maddox, Head of Development at Alchemy Networks stated, “Rap Battle Network has emerged as the new underground for hip hop and RBN will be one of the major filters to help build the genre into a global proponent of hip hop.” As the channel has partnered with top-tier battle class leagues to feature celebrity alignments, exclusive interviews and videos, Maddox may be more than right.

With numbers like the following, he could be on to something big. Currently Alchemy Networks has over 1 million subscribers on their existing 40+ channels, averages over 9 million views per month, and has over 150 million total views. According to Peter Griffith, CEO of Alchemy Networks, "The rap battle fans have been paying in the range of $10.00 to $30.00 for one pay-per-view event, investing more that $150 to $200 per year in watching infrequent pay-per-view battles. We offer monthly battles, 4 major pay-per-view events, exclusive interviews, the Rap Ring Girls and more for $2.99 per month or $24.99 for the entire year.” In summary, this means a significant exposure increase to the underground rap communities at a mere 12.5% of what some fans are already paying. Huge.

Rap Battle Networks’ first monthly rap battle offering will take place June 1st in Los Angeles and will feature some of the top, internationally known battle rappers including; Math Hoffa, John John Da Don, J Pro, Syd Vicious, Shotgun Suge, and Daylyt. For more subscription information, please visit the newly launched RapBattleNetwork.com where you can find details of top battles from around the world, profiles of rap battle artists and learn about the new and emerging battle rappers from around the globe. Users can also preview some of the most exciting rap battles, sign-up and create a free profile and receive exclusive promotional offers. To subscribe, viewers will have to be signed into YouTube.com on a computer and have a Google Wallet account.