Connecticut’s indie pop rock artist Jake Huffman sings about the spider's web of modern life, social media and the hypocrisy of the world we live in with his new single “Martyr.” The track delves into the ins and outs of what we’re told to believe, as he sings, “High hopes and namastes, tips from technology, is automatic happiness for crystal-loving hypocrites.”

From his upcoming EP, “Martyr” showcases the multi-instrumentalists ability to allow listeners to take what they need from the music, rather than being spoon-fed a specific message. Huffman shares, “The lyrics aren’t about what I personally believe. Everywhere I look people are spouting their beliefs while contradicting themselves in the same breath. The world has become so polarizing and I wanted this song to encapsulate that energy.”

Previously known for his time spent in his band McLovins, Huffman’s new music sees him truly entering a new chapter. Having taken some time to rediscover who he is, his period of silence clearly paid off, with “Martyr” perfectly summarizing his new style and sound. We can’t wait to hear from Huffman this year, as he starts 2023 off with a bang. 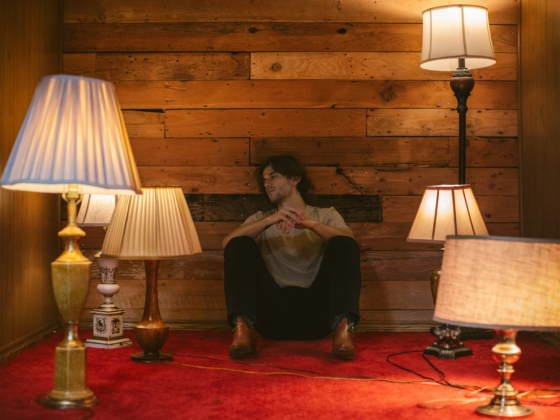