After sharing visuals for his single "Primordial Soup" with fellow emcee King Kashmere, Veteran London emcee and rap aficionados The Four Owls affiliate Fliptrix  returns with new single "Eden" as he continues his slew of music releases for 2022.

Bolstered by a solemn and reflective soundscape provided by Illinformed, "Eden" is the first song Fliptrix penned on returning to music after a hiatus that saw him relocate to another country, in search of a brighter future. Fliptrix puts his candid thoughts on wax as he reflects on the good and bad times while coming to terms with the current state of affairs as he continues to search for peace in the true sense of the word.

The song comes with a video directed/edited by Josh Flowers who makes use of various performance shots of Fliptrix and a plethora of psychedelic effects that gives viewers a blend of sepia-toned, nostalgic aesthetic.

It is the third single lifted from Fliptrix’s impending ninth solo album Mantra No. 9, following on from "Primordial Soup", a collaboration with long-time collaborator King Kashmere, and title track "Mantra No. 9". 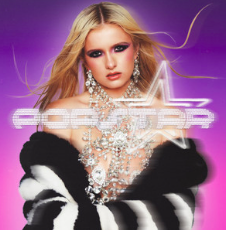 Izza encourages us to unapologetically ourselves on "Poster"