19 year-old Detroit artist chase plato has officially founded emo's sixth wave before his twentieth birthday. Since his debut in February, he's shown he has so much to say and so many sounds on his mind. Maybe the easiest comparison to his sound so far would be if Death Grips– with the way they combine their production style and abrasive rap verses- were on the internet more. However, so many different sounds come to mind during these brief tracks- "RIP KOBE" feels adjacent to JPEGMAFIA's heavily edited glitch-hop approach, "STRANGER THAN FICTION" incorporates a little hyper-pop, and "ICE CREAM MAN" plays out an early N.E.R.D.-inspired blend of alt rock and hip-hop. Maybe the takeaway here is that chase can kind of do whatever he wants, and with the sounds he's exploring, the areas he's interested in expressing, that's a very promising proposition.

With this newest release,  "Set You Free," we have maybe the most opened-up array of sounds yet. A Kingdom Hearts sample paves the way for an instrumental section that feels equal parts American Football and My Bloody Valentine. Expansive guitars and angry drums lay the framework for chanting vocals and lyrics like, "the world's not out to get you, if you want out I'll set you." At a two-and-a-half minute run time, he's able to fit a lot of in while also making you feel bummed its over- in a great way! The sky is the limit with chase, and with releases like this plotting where he's trying to go, it'll be a fun ride to follow.

Make sure to keep up to date with chase plato via his social links below. 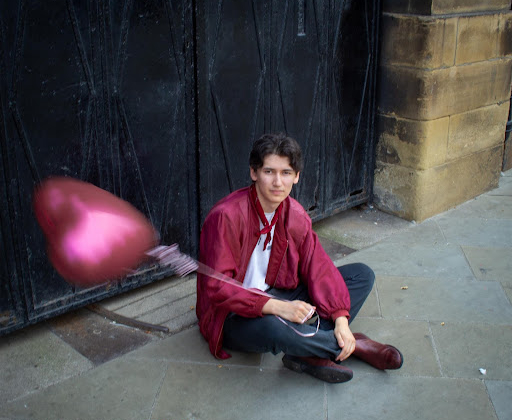