As Robin Skinner's extraordinarily introspective, gentle yet brutally piercing musical project, Cavetown specializes in capturing the visceral, inwardly explosive feelings revolving experience of growing pain, self-sabotage and intimacy with self and the world alike. worm food takes on a new angle, where Skinner deliberately–and ever so gently–faces and admits his inner demons and biggest fears.

"I think every album I write is just like a collection of diary entries from different times in my life," says Skinner regarding the theme of the album, "[The] older albums focus more on my struggles with my identity because that's what I was going through at the time. This one for sure has a theme, but it's hard to put my finger on what it is exactly while I'm still in it, you know? Maybe it's about acceptance of feeling bad? Like things might not get better but that's okay? I'll probably figure it out when I'm on the other side of it."

Musically, worm food may be the most experimental and diverse piece of Cavetown's discography to date. Way beyond a simple bedroom pop sound, worm food contains a carefully selected specimen of electro-pop, indie rock and plenty of delicate and organic instrumental parts. Even Skinner's mother made a special appearance on the project. "My favourite instrumental part is probably the flute on 'wasabi,'" he recalls, "It was played by my mum and I'm really proud of her for being a part of it. I'm hoping to someday have her join me on stage to play it live with me."

The soft, devoted piano part on Cavetown's love letter to his beloved cat, "juno," serves as another instrumental highlight to the album. "I recorded that piano at an Airbnb in LA actually. It's just a voice memo I made on my phone – I improvised a bunch, then cut it up and dappled it around on the track. I love keeping things simple and lo-fi like that sometimes," he elaborates on the creative process.

And lyrically, worm food is as honest as ever. Cavetown's lyricism has always been photographically accurate in terms of capturing quiet feelings and deja vu-like memories. "I rarely cut stuff out of songs," Regarding the stream of consciousness nature of his lyrics, when asked whether he took out any particular lyrics out of this album, Skinner answers, "I think I've only changed maybe one or two lines in this album because they were a little too vulnerable and I didn't feel comfortable sharing that much with the world. There are occasionally full verses that I change out, but only because they were bad before, nothing deep."

The title track for the album, "worm food," zooms in on the feeling of being an outcast, but it certainly ends on a more self-acceptive note. "I think it's been an ongoing feeling for me," Skinner comments on the track, "It helps me to just try and accept that I will always feel out of place in some way or another, rather than trying to force myself to not feel that way. I guess it sounds a bit sad but it's a comforting mindset for me to embrace."

"frog" is undoubtedly a special track for the project. Dedicated to his girlfriend, Skinner kept the kiddy, playful ballad sweet and simple. "It was very easy to write!" Skinner recalls, "It was a good sign for me that it came so easily to write a love song about her. If it was difficult it would probably lead me to worry that I wasn't as into her as I'd thought. But no, it was super easy and it's one of my favourite songs I've written at the moment."

The features of several indie rock darlings, from beabadoobee to chloe moriondo, even Pierce The Veil's Vic Fuentes, add a surprising but fitting spice to Cavetown's peppermint tea-like sound. When asked what it was like to collaborate with talented friends across the musical spectrum, Skinner responds, "Really amazing. I love working with friends – it's always really chill and fun and nothing feels forced. It was particularly special for me getting to work with Vic, as I listened to his band Pierce the Veil a lot growing up and really looked up to him as a musician. It's been amazing getting to know him and I hope we get to work together more in the future too."

From imagining and escaping to a simpler time of 1994 he has never experienced, to killing parts of yourself metaphorically then accepting your younger self, no matter who you are and where you're at on your life path, worm food has something that can heal your soul.

Being his first full-length project in the post-lockdown world, much of this album was written with the intention of a live set. "I'm particularly excited to see what we can do visually with 'kill u,' 'grey space' and 'heart attack,' but I'm planning on playing all the new songs live at some point," says Skinner. 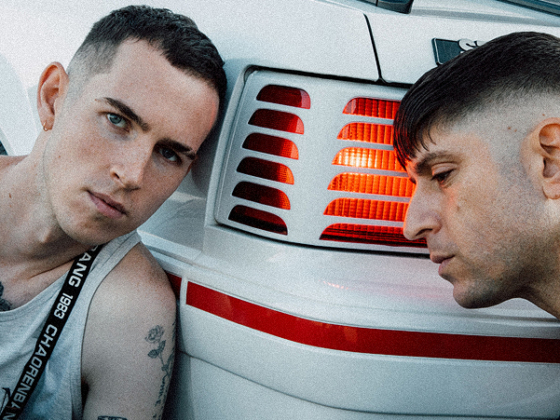 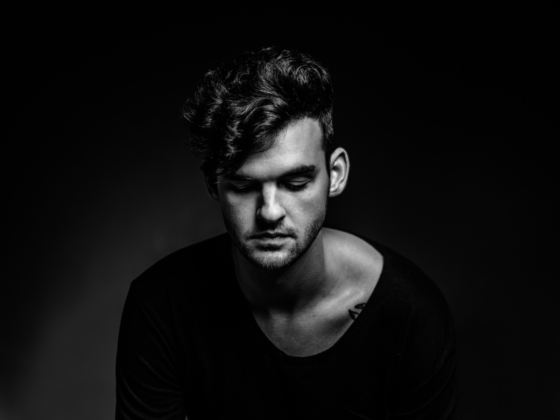