Laughing So Hard, It Hurts- a title that puts both the concept and soul of a project on full display.

For most artists, a project not only marks a creative milestone in their career but a pivotal chapter of their hero's journey. Charlotte rapper MAVI embodies the spirit of the protagonist, channeling the thematics of his favorite cartoons to present a lens on his interpersonal relationships, and details the recent traumatic aspects in his character arc in the name of reclaiming his joy.

MAVI reaches a new level of emotional maturity on this project- detailing the personal experience of losing a child, losing family, and suffering from the pressures of an ever-depressing and demanding music career, all while finding the strength to stay positive and find joy within it all.

After suffering the loss of friends, family, and an aborted child, Laughing So Hard, It Hurts encapsulates the Charlotte rapper's struggle for finding peace of mind through the onslaught of negative experiences that continue to plague him.

Laughing So Hard, It Hurts puts the rapper's trauma on the forefront, detailing the worst experiences he's encountered so far to the need to seek joy through them. Through his short time on this Earth, MAVI's already endured what most suffer in a lifetime.

When it came to how he manages to look past the trauma in his day to life, he responded “the opportunity to continue to continue is something I can never can take for granted on my worst day."

“Obstacles are good for you ya know? Gives you something to grow around”

Laughing So Hard, It Hurts comes in lieu of another project fans were expecting, but never got, Shango. When it came to shelving the project, MAVI spared no words about how that's just a consequence of this career path. “It really wasn't my intention to shelve it- but now that it has been, I can see that it’s gods time”. Shango couldn’t be released due to behind the scene forces.

“I showed myself something about perseverance- about making something till it’s complete. Not being able to get it to its full potential and not falling out of love with the work. It’s a really intense feeling. I think some of my newer experiences with loss have validated the need to go past that disappointment. I gotta continue to write regardless”. “Obstacles are good for you ya know? Gives you something to grow around.”

Shango was supposed to be a mirror of his debut project, 2019's Let The Sun Talk, but each project is a reflection of the rapper's current arc. “Basically, not being able to release 'Shango' and going through matters of personal loss in my life set me real in certain ways. For better or worse, this album is me slammed against something".

The shelving of Shango was a major influence going into this album, but other influences can be seen in the concept of adolescence that MAVI sprinkles throughout this project.

One important influence being the cartoon Adventure Time. “When you become a grown person and you start to watch cartoons again, you start to realize this is about this and so forth. When cartoons (like Adventure Time) cover topics like trauma, abusive relationships, loss, and I add an analytical eye to that, it helps me give a framework for distilling these really heavy things that I'm trying to say or that I'm trying to conveyed what I've learned into edible, consumable rap", he stated. “Cartoons are very wide to small enough for a child to consume and that's what I want my music to be. If I’m going to make an album, it's gotta be tasty."

The cast of producers tapped in for Laughing So Hard It Hurts, differs greatly from MAVI’s previous projects with only one lone star making a consistent appearance- Oakland producer and rapper Ovrkast.

“He feel like my counterpart. Watching him grow and change in the pursuit of being a full-blown rapper has been so exciting because he deserves all the fruits of his own production and style making. Our relationship always changes, he’s always my D.J. So to share that experience with him means a lot to me.”

Ovrkast. has been making appearances on MAVI's discography since his early mixtape days in 2014. “He’s like that mark to me like look how far we came. He produced the first beat I ever purchased in my life. First producer I ever bought a beat from”.

Diametrically, the cast of producers for the project come from different backgrounds, cultivating an overall sound for the project that mimics a lullaby concept. One stand-out producer that made heads turn with his appearance on the project was Chicago producer Monte Booker, who shows up twice on the project along with Amindi. “That’s why a lot of the usual suspects weren't there or had a lesser role, I just wanted to try something different and go for a specific sound in my mind."

“I think Monte is a genius.”

“Monte might be the best maker in the world, I really do. He’s a mad scientist. Literally, watching him make this album made me want to go and write another album. When I went to go work with him, I thought the album was done, but he gave me two more shits and I couldn’t leave them off. He strikes chords that strike neural pathways in me and makes me feel like I’ve heard this before, that’s genius to me. I was really democratic with my approach to my sound first. It was really organic meeting all these different people for this cast", he stated.

The 23-year-old rapper has never shied away from focusing on socio-political power structures in songs and Laughing So Hard, It Hurts demonstrates a new era of lyricism confided with social analysis. The 8th track on the project "REASON" provides some stand-out lines that exemplify this conscious sentiment.

“We on some communist shit, so these n*gga's are stuck, I see when dudes get famous, the revolution in them die.”

When it came to name-dropping philosophies such as communism and having lyrics that are anti-capitalist in spirit, he said “I got this analogy when it comes to talking about capitalism. It’s like there's this cool kids' table. Capitalism relies on there being poor talented kids that they can extract talent from in exchange for alleviating their poverty but in alienating them from their talent and themselves. You probably had a lot of people who were loyal and cool to you in high school who accepted you for what you are. And one day the cool kids said you can hang with us now, but you were the cool kid that the cool kids wanted to hang around. Sitting at the cool kids' table is becoming obsessed with the symbols of wealth and success and celebrity, alienates people from the magic of their art so frequently and so tragically”, he said.

“The harder I work, the smaller the gate.”

Continuing off that, what makes this album a step up in the right direction is MAVI’s use of symbolism in the imagery of his poems. A highlight from the project is a song, “Chinese Finger Trap”, that details his recent traumatic events in a surface-level fashion while using the title as a deeper analogy. “When you put your fingers in like this and the harder you pull, it’s not going to happen. Once you embrace the fact that you're in the trap, you get to leave. Until then, you cant."

“Me and Ahmir, my best friend from Killswitch, were driving back home from Atlanta. We were with our girls. I had to stop by a funeral on the way home. We were both going through a lot. It felt dammed and cursed and I told him that this shit like a chinese finger trap, the harder you try to get out, the more stuck you get.”

The album closer "LAST LAUGH" brings the project concept to a visceral and open close. With a 16-track list exploring death and loss and the ever-crushing pressures of surviving a creative in this lifetime, MAVI hammers his point that he "can’t cry forever”.  “Even though when certain things happen and I feel like I shouldn’t laugh again, I can't cry forever. That’s why I don't think I need to. I don't think my baby want me to. The people I’ve lost don't want me to. I don't need to cry forever. Cause if I was supposed to, I wouldn’t be able to laugh no more, but somehow I still do”, he stated.

“I still do. The homie dad wrote in a poem. In this line, he say 'we were not made eternally to weep." 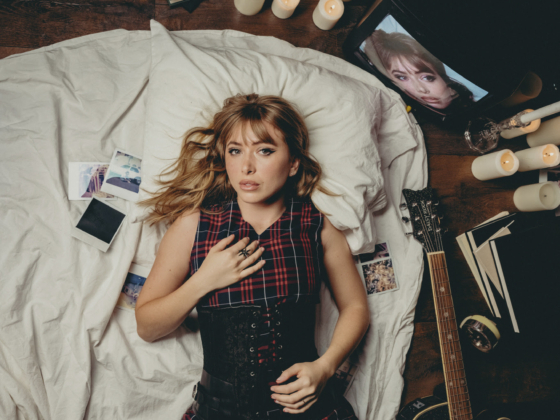 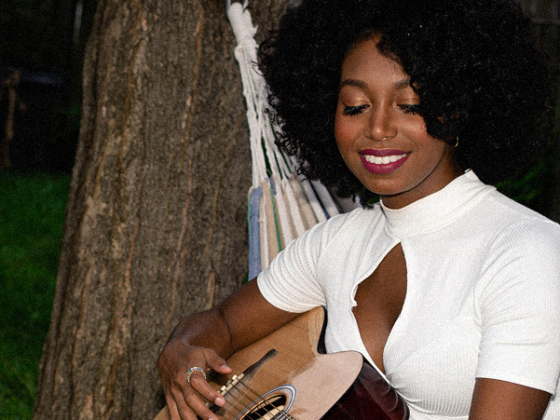