NYC-based alternative rock band Cry Baby has unveiled a new era with a new single, "Singing For You."

As the first single since the band last album, Everything I Didn't Say, "Singing For You" takes on a more direct rock spin in addition to the band's signature glitter disco, '90s charged sound. With a lot less sampling, switching the focus from mixing hip-hop and pop to a more prominent alternative rock tempo alongside a more modern production style, "Singing For You" is a straightforward anthem promising something new.

Lyrically, "Singing For You" makes justified pettiness towards an old lover fun and thrilling. Something about the synth overlay in major chords and optimistic drum arrangement certainly hints the double entendre of the track–Cry Baby is singing for "you," a potential new audience for a promising new era. As seen in the music video, directed by Gabe Ruckus (Bleachers, Hovvdy, Arlie), the band has welcomed the next stage of their journey as the crew reunites and finds home in New York City. "Singing For You" and all of its glitchy vibrancy certainly succeeds in capturing the excitement of it all.

Trizz and Mike Summers take us deep into "the inLAnd" 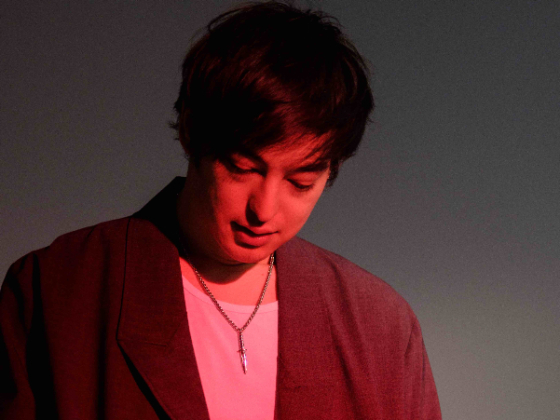