CIB's new song "Fanfiction," highlights her ability to create musical dreamscapes that emphasize a specific feeling. Her lyrics cut right to the core.

"Are the suburbs safe? I replay the tape. Nothing can escape from the VCR it's decades too far gone." she sings over a shimmering acoustic-driven melody. The song was born out of the 2020 lockdown when CIB spent a lot of time in her room. She explains, "Technology is a means for futurism but also a measurement of nostalgia. Old phones and cameras carry precious memories pixilated and plagued by 2007 lens qualities, while new ones hold the excitement and uncertainty of the future."

She digs a little deeper. The lush chorus and her soft voice over these complex themes about nostalgic technology. That juxtaposition is a trademark in CIB's music.

"Don't call me again. I don't want to be friends if I'm being honest," she repeats to emphasize that sense of desperation. It's almost like she's pushing away reality to cling to the echoing chamber of the online world that can feel so comforting. Technology is so often viewed as the enemy, but it's become a way to connect with people in such a different way. She says, "The song captures the feeling of falling in love through a screen and how technology has affected love, friendships, growing up, and understanding who we are."

CIB is an LA-based singer/songwriter, and her previously released tracks "Mott St," and "Viagra," set the tone for her style with the same knack for storytelling and her ability to merge cinematic production with her acoustic background. She created "Fanfiction" with her frequent collaborators, Jackson Shanks and Jake Weinberg. 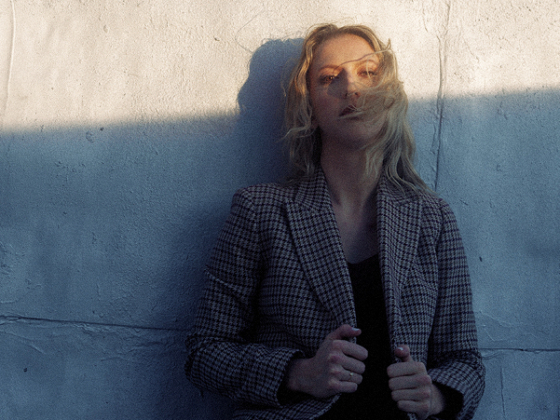