"PWNED" is the latest and third release from UK rap group ANTI who are preparing to launch its full-length project in the nearest future. Made up of rappers BGR – Miss R Lee, D.Tail, Britizen Kane, RaggZ, and producer/manager Turkish Dcypha, the crew is offering something different from the current UK drill sound that has taken over the airwaves. As for the record, Turkish crafts a mid-tempo, hard-hitting instrumental comprised of haunting strings, moody synths, and a thick, pulsating bass that holds it all together. The backdrop is just the right canvas for these hard-nosed emcees who take turns in displaying their verbal prowess with D.Tail setting the tone with his laidback flow followed by Britizen Kane's bass-laden vocals and brazen bravado rhymes. BGR – Miss R Lee wraps it up nicely with her no-nonsense and unfiltered demeanor as she sends shots to the detractors and gimmicky emcees alike.

BGR – Miss R Lee is not new to EARMILK and has released several singles and a handful of videos. She recently joined ANTI with Turkish Dcypha and Britizen Kane as founding members.

Turkish Dcypha is a mainstay in the underground UK hip-hop scene, having produced extensively for Sway DaCypha amongst others. 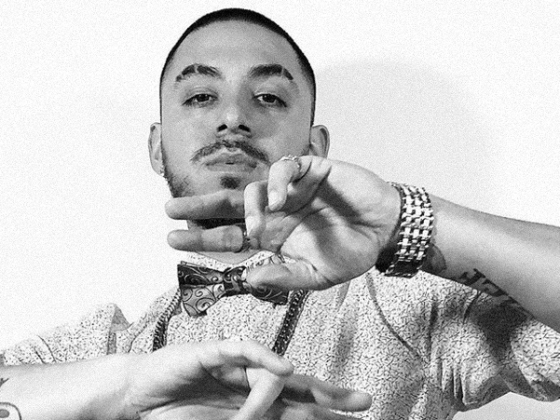