Indie/ alternative artist Trish Discord presents her 10-track project The Aftermath of 2016 which explores the turbulent political climate in the US and UK, through the lens of rock and rock. On a deeper note, it also shed light on her struggles as an international student living in the UK and having to deal with immigration turmoil and visa issues.

The first song "23" starts off on a grand note with its cinematic and urgent synths and punchy drums. Her vocals on this record are quite airy and the lyrics are vivid and evocative as well, and work well with the rousing soundscape. The record sees Trish digging deep within and taking accountability in order to put her affairs in order. "Desire" is a record that talks about blossoming love and building walls around one's heart. The record is quite reflective and the moody guitar riffs and sublime textures take precedence as Trish details how she can't risk getting hurt if said person eventually turns out to be otherwise. In "I Can't-Wait to Forget You" she pours her anger on wax, as she slowly finds a way to overcome infatuation with someone from her past who hurt her. The production here is energetic and has a slow rise which reaches a climax in the chorus section with the rapid drum grooves and raging guitar arrangements. The following songs  "Take Me Away" and "Split" deals with her visa troubles and coping with difficult life decisions respectively. Both tracks show a range of musicality as Trish reflects deeply on her own choices and flaws and how they all connect to affect her. "In Another Life" she dabbles into the concept of alternate realities similar to the metaverse where different decisions can result in a different reality. The production here is cinematic and has a futuristic touch with its rising arpeggios, atmospheric synths, and riveting guitar riffs. The final song "This is the End” is a gloomy and haunting piece ripe with ominous textures and urgent guitar riffs with energetic drum grooves. Trish once again delivers a soul-stirring performance as she details the aftermath of ending a toxic relationship allowing her to be herself once again.

Overall, The Aftermath of 2016 is a cinematic and vivid semi-autobiographical account of Trish Discord's life at a certain point and gives listeners a glimpse into what makes her unique in many ways. Avid fans would recognize her influences and her unique pop-infused nu-metal /grunge sounds which make for a solid listen.

Trish Discord is an Indie/Alternative artist from Queens, NY. Her sound is influenced by the Brooklyn grunge scene when writing her songs. Her musical influences are Paramore, Linkin Park, New Order, Kerli, and Mitski

The project is produced by Emma Young and mixed by Devon Aviles. 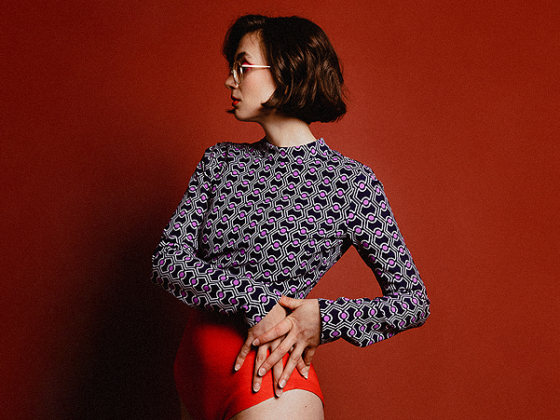