For five years now, Queensland, Australia punk band and self-styled shed-rockers The Chats have been chipping away at the global consciousness, stealthily spreading a brand of mulleted belligerence not seen since the glam rock days. Along with Amyl and the Sniffers, The Chats represent a burgeoning Australian punk scene which has been allowed to flourish since Australia first got the internet, in 2014. To raise a Victoria Bitter to the announcement of their upcoming album—or thought piece if you will— Get Fucked, the band has released a video to the first single, “6L GTR,” and it ticks all the boxes, or just outside them to be rebellious.

“6L GTR” may be crass, but it’s not Crass. The message here is simple: he’s got a vintage Japanese sports car and he likes to drive it. The music is as raucous and bratty as you would expect, recalling classic truck stop punk bands like Zeke, sounding like they take a spittoon on tour with them, tour dates which miraculously coincide with a moonshine run. It is hard to call a band snotty in a country where it’s rare to catch a cold, a country which is only getting hotter due to the flagrant fuel consumption promoted in this song. But in a sense, what could be more punk than letting the world burn? While the lyrics in “6L GTR” are clearly sarcastic, aimed at feckless car fanatics, it is a debate which is certain to rage with burning intensity for as long as the increasing heat isn’t melting the instruments: “Late arvo congestion/Every day’s the same/So I pulled left around em/Drove up the bike lane.”

The video, created by Marc Imov, is animated and black and white, a stylistic choice with an unprecedented hit rate. The animation style is reminiscent of Beavis and Butt-Head, modernised and beautifully stylised, and it suits the track to perfection, both video and track egging each other on to indulge in further anti-social behaviour. The plot is deceptively simple. The band start out in a banged up tour van, before they are sent careening off the highway by an unimpressed goth driving the coveted 6 Litre GTR, stop for a steak and cheese, fall asleep while driving, kill a cyclist, crash the van, take it to the mechanic and transform it completely into the GTR they wanted all along. It’s essentially a tale of the power of positive thinking, and the human cost of achieving your ambitions.

Having announced the release of Get Fucked on their own Bargain Bin Records on August 19, and fresh off a Coachella performance and a highly sought after spot on the Wiggles covers project, The Chats look suitably poised to further spread their home-spun wisdom, cheerful misanthropy and charming colloquialisms to a receptive and violently intoxicated audience. By August, it might not even matter regardless, so get pre-order your pre-emptive middle finger to the world here. 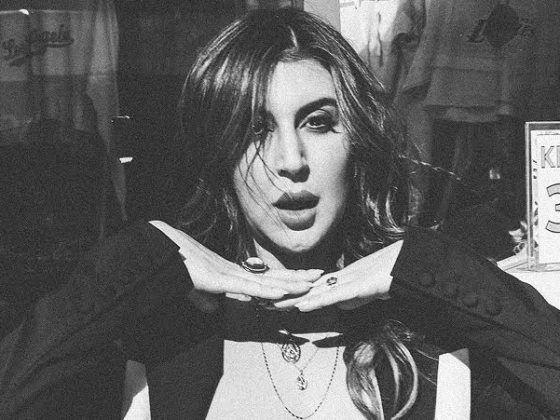