Atmospheric pop artist Zeke Finn and multi-instrumentalist songwriter NoMBe have teamed up on a smooth bedroom pop single. Entitled "Coulda Been A Phone Call", the track is both artists first release of the year as well as their first collaboration.

According to the press release, "Coulda Been A Phone Call" was inspired by a true-life story of a breakup Zeke Finn experienced. Confiding, "I got two texts from a girl I was seeing. She said “we need to talk” and “maybe you should come over”. I went over and she told me she was getting back with her ex. I put my wine glass down and said “This coulda been a phone call”. Zeke goes on to show the girl he cares and that the door is still open even though she has caused him pain, singing "this coulda been easy / But you had to have me come over for the evening / 'Cause I want somebody, but there's nobody but you." The lyrics only highlight Finn's romantic obsession while the song's smooth soundscapes, kick back rhythms and yearning vocals are seductive and enticing just like the romantic interest Finn is still trying to capture. NoMBe adds his distinctive touch to the track with his soul-drenched vocals and innovative guitar riffs.

NoMBe is Noah McBeth, a German-born and raised musician who fuses electronic, funk, rock and pop for an immersive sound all his own. Zeke Finn grew up in Ithaca, New York and soon found his home in Brooklyn where he began creating a unique atmospheric pop sound that includes elements of hip hop. Together, the two artists share a pensivity for raw storytelling lyrics and vibrant instrumentation. "Coulda Been A Phone Call" is a dream collaborative effort sure to impress. 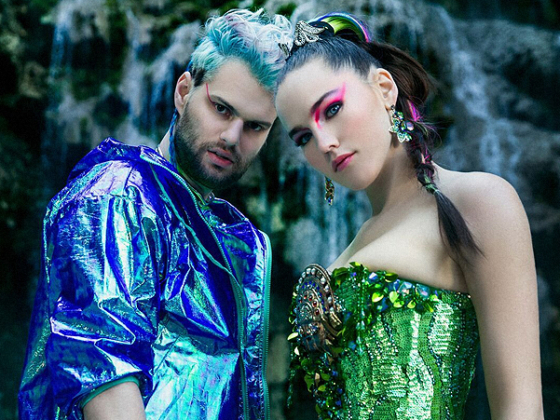