Brockton, MA's STEFAN THEV is no stranger to intentionally campy horror-core aesthetics after the release of his last single "voodoo queen".  It's a striking and disarmingly original premise for an up-and-comer to adopt, one that lends itself perfectly to the addictively-paced new offering "ghouls! zombies! skeletons!".

Cheekily playing into the early days of post-punk, THEV's music is a brilliant mix of pointed outrage, psychological insight, and pure exuberance.  With sonic influences from the likes of The Clash and Interpol, "gzs" enlists a prattling punk bassline with feverish drums and guitar that somehow all mesh with THEV's hair-raising hook and verse work.  Building on his trademark aesthetic of part horror, part camp storyline focusing on a character named Corduroy Boy (a theme that Thev plans to play out over the course of at least two EP releases this year), the accompanying visual is a clear nod to the slasher films of the 80s with tense black-and-white film grain that also taps into the earliest days of the horror genre.

It's worth noting artists that are truly making their own mark with left-of-center originality that you can be confident very select few other artists are tapping into.  STEFAN THEV is wholly himself, a risk-taker and forward thinker, which makes him infinitely harder to put in a box. 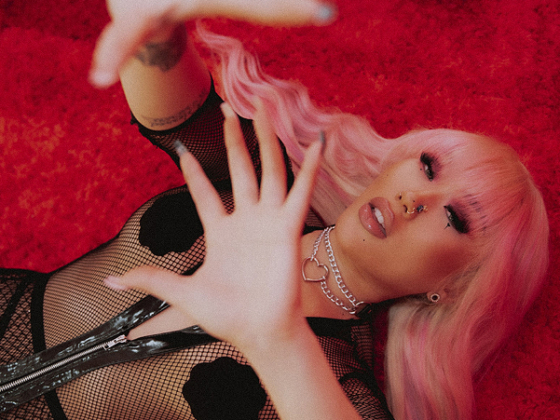 Pisceze finds a way out while "Dodging Bullets"