93FEETOFSMOKE is an artist on the rise with an eclectic, out-of-the-box taste for music and a progressive, genre-fluid sound to match. The muti-talented artist, who draws influence from chart toppers of 2000s, just released his new single "Fucked Over" which features phem and Tosh the Drumer.

In "Fucked Over," 93FEETOFSMOKE tells a sorry narrative of being misled by someone close, which most of us can relate to, but it also reflects a lot of the heavy emotions and disappointment related to the current times. Written during the brunt of the pandemic, the feel and vibe of the song is a wildly accurate depiction of the brewing angst, uncertainty, and doubt which is pulsating throughout the world. Featuring prominent vocals reminiscent of early 2000s pop punk bands over bold production that infuses elements of hip hop, emo, and alt rock, the song is a catchy and nostalgic gem of a creation. "Fucked Over" is the perfect anthem to get lost in while throwing a finger to the sky and allowing yourself to feel whatever it is you need to feel.

93FEETOFSMOKE confides, "It sucks to get played by someone you trusted. Or to find out that one roommate you found off craigslist has been stealing your things and then helping you look for it. The message to me is really localized in that moment of 'seeing the light' and realizing your gut was never wrong." Featuring phem's signature vocals and the Tosh the Drummer's impeccable delivery, the collaboration between the three adds spice, dimension and raw emotion that feels cathartic and rings true.

93FEETOFSMOKE, a.k.a. Marciel Bauer, is a Virginia bred singer, songwriter, producer and multi-instrumentalist who has worked and has received nods from Machine Gun Kelly and Ross Robinson (KORN, Limp Bizkit) to name a few. As part of the new sound of a generation, his music has no boundaries and is honest and non-conforming. Beginning in March of this year, 93FEETOFSMOKE is set to embark on a North American tour. 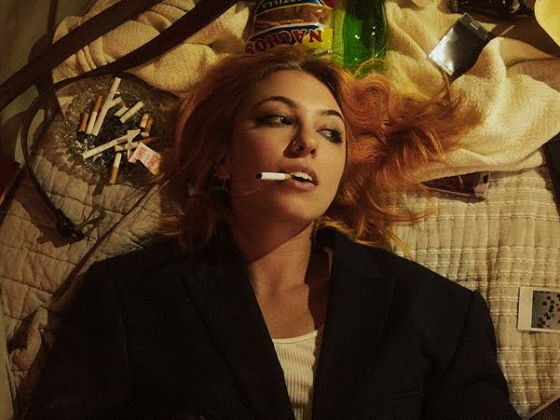