Radiohead side-project The Smile, consisting of Thom Yorke and Jonny Greenwood alongside Tom Skinner from Sons of Kemet, have followed up their debut single, “You Will Never Work In Television Again,” with their latest teaser, “The Smoke,” and it is an altogether more restrained affair. This is the sound of a band relaxing and enjoying making music together, unencumbered by industry politics or scene police. This is the sound of an unreleased basement demo between the Doors and the Dizzy Gillespie in the early seventies, and I am here for it, or wherever gets the best reception.

After a brief ambient interlude, the band quickly locks its co-ordinates on a funky robotik groove, clamps down on it and sets up an impromptu headquarters. With this solid base of operations in place, the freedom to explore unfamiliar terrains opens up, with the knowledge that the homestead is secure. Tom Skinner’s percussion is light and effortless, bouncing off the bass riff with casual perfection, while psychedelic swirls and reverb-drenched vocals are off doing their own thing entirely. Basically, it’s prog, if you hadn’t got that.

Yorke very much uses his voice as another layer of the track on “The Smoke”, much more so than on the gloriously polemical “You Will Never Work In Television Again.” As he dreamily ruminates on the nature of sleep, self-immolation and revolution, the track slowly blooms around him with the addition of a full brass section consisting of a veritable roll call of modern UK jazz, including Byron Wallen, Theon and Nathaniel Cross, Chelsea Carmichael, Robert Stillman and Jason Yarde. The trumpets, tubas and saxophones play off the foundations of the track like sun in the rear view, giving “The Smoke” a narrative, an emotional crescendo and some real gravitas. This is effective rehabilitation for those of us who feared ska punk had ruined brass forever.

Whether this is just a couple of middle-aged proto-hipsters and a young jazz drummer jamming out in Thom Yorke’s garage for some harmless kicks, or there are plans to bless this glorious union with an official release, we just don’t know. The band has embraced the digital music consumption model, playing several globally live-streamed shows recently, and have just announced a god’s-honest physical tour. Tickets are sure to sell out instantly, with most unfortunately going to the kind of people who have time to sit and wait at a computer, the kind of people we may have to become. Buy “The Smoke” here. 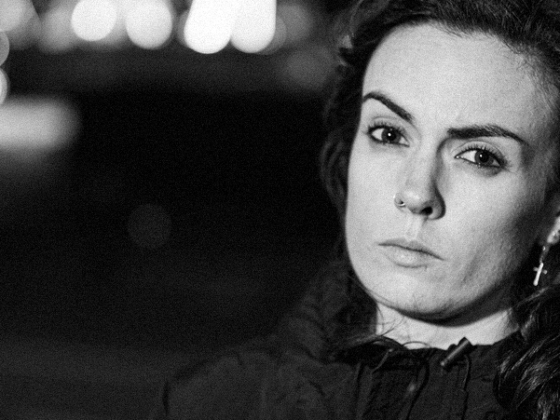 Abby Power reflects on life under the "Shades Of Blue" (Prod by Frances, The Mute)