Kansas City post-hardcore outfit Remorsefully Numb have shared a new visual for their hard-hitting track "Down Here". Originally breaking onto the scene with their 2018 EP Fairmount, the band has developed their style over a series of raw, emotive singles. They gained wider attention for their 2020 single "Sapling", an imposing track that further elevated their powerful sound. Now, they have returned with an evocative new track in "Down Here", pairing it with a fresh new visual.

Heavy, distorted guitars make up the meat and bones of the instrumental for "Down Here", as pounding drums create a driving rhythm. Accompanied by energizing bass, the song moves along at a blistering pace, relentlessly maintaining a high level of energy throughout. The vocals are suitably intense, yet the melodies are delivered with grace and feel sharply crafted. Accompanied by an emotive, minimalistic visual that enhances the song's mesmerizing sound, this release is one to re-visit again and again.

"Down Here" feels reflective despite its turbulent sound, making for an intriguing juxtaposition. The band plays with disparate elements in an effective manner, pairing introspective subject matter with ferocious energy. The emotional layers within the song, both thematically and sonically, give the song much replay value. A cut off their new self-titled album, "Down Here" is a grandiose, feverish release that is enjoyably chaotic. 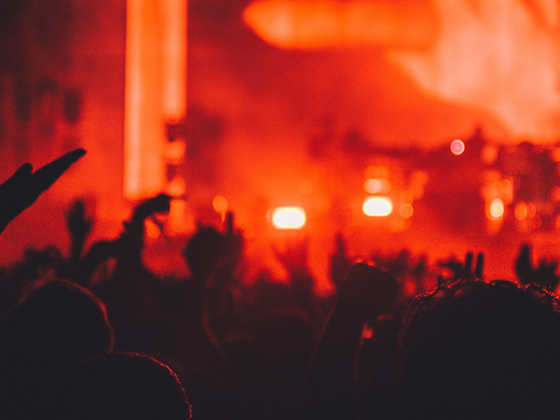