Fresh off of a remix for Grimes' "My Name is Dark", producer Julien Bracht has been powering through CV19 studio seclusion on full-power, with a distinct vision for brighter days ahead. Bracht's new album, Now Forever One, an emblem of dark analog synthwave, is out now.

Bracht's first solo album under his own namesake is cut with surgical precision for the shoegazing astral sound travellers who long to break out of their pandemic quarantines, and reconvene for techno-induced ascension. The album's first single, "Melancholia," and it's accompanying video, is already breaking hearts and charts. An exquisite sonic hybrid of communal revelry and profound introspection, Now Forever One focuses Bracht's multilayered craftsmanship on resolving this era's angst with sensory exploration and optimism.

As a lifelong drummer, Bracht's insatiable musical energy lead him to bang out his first 3 EPs within one year of first being signed in 2011-12. In 2015 he founded the band Lea Porcelain with Markus Nikolaus in London. Their hypnotic post-rock debut release in 2017, "Hymns to the Night," gained instant acclaim from UK tastemakers Lauren Laverne, Steve Lamacq and Zane Lowe, to name a few. They broke back onto the international stage with dates on several major festivals around Europe, including the Reading Leeds Festival, Great Escape in Brighton and Latitude. Rich output combined with the inclusion of live drums in his solo live sets quickly gained Bracht recognition and slots on the global tour circuit.

Now Forever One forges Julien Bracht's transition from techno DJing, while continuing the explorations of texture and timbre over functional song structures from Lea Porcelain, to a more open-ended search for the aural sublime — the substrate on which music, life and light glide to create momentary nodes of meaning in an ever-changing sociopolitical atmosphere.

"The intention in my music is to strengthen people's awareness and minds… I want us all to gather in spirit and stick together," Bracht shares. Interspersed with improvisational one-takes, the album submerges the listener in polyrhythmic meditations, of which "Streets" and "Nocturne" are standout examples, and soars on the vaulted synth melodies of future dance floor favorites "Melancholia" and "Dreams of Euphoria." Greater than the sum of its parts, Bracht's latest release hints at the artist's emerging potential for nailing our moment's zeitgeist; learning to live smaller while constantly seeking higher heights. Inhabiting the fertile ground between solitary rumination and dance-floor convenance, the launch of Now Forever One's lunar expedition into the techno oblivion of pandemic lockdown is quite fitting.

Chinwe keeps her inner peace by being "Numb" 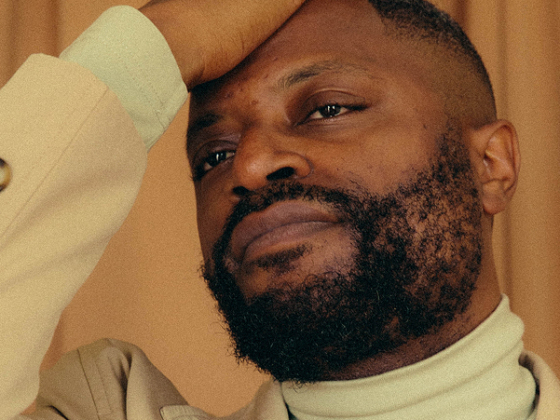